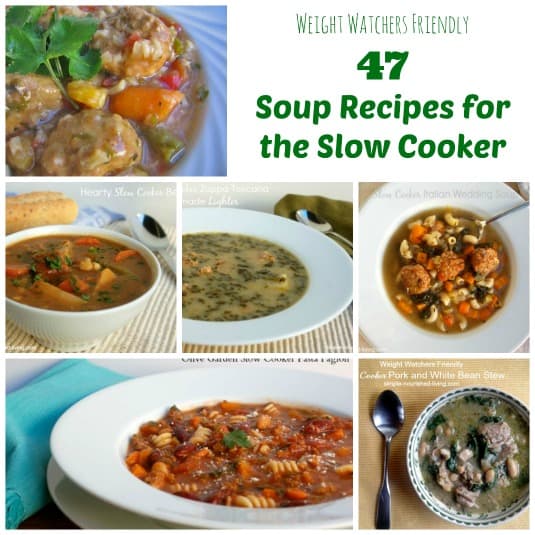 I hope your day is filled with lots of LOVE and a little something chocolate (if you like chocolate)!

I've decided to buck the trend and not post a chocolate recipe today. Instead, I've put together a collection of 47 Low Calorie Weight Watchers Friendly Soup Recipes for the Slow Cooker.

Because I'm thinking that by the time you get to read this you may finished with chocolate and ready for the simple, nourishing powers of a warm bowl of soup 🙂


And to say THANK YOU for your incredible support in helping Simple Nourished Living get off to the most incredible start this year, I'm having another Slow Cooker GIVEAWAY!!

You'll find the details at the end of this post.

All kinds of soup.

There's nothing like walking into the house on a cold day to the inviting smell of soup simmering away in the slow cooker.

We eat soup a lot for supper. Especially at this time of year. With warm crusty bread and maybe a little salad, it makes for a satisfying meal.

So, I've searched the archives to round up all the Weight Watchers Friendly Soup Recipes for the Slow Cooker that I've posted here on Simple Nourished Living through the years and came up with 47. 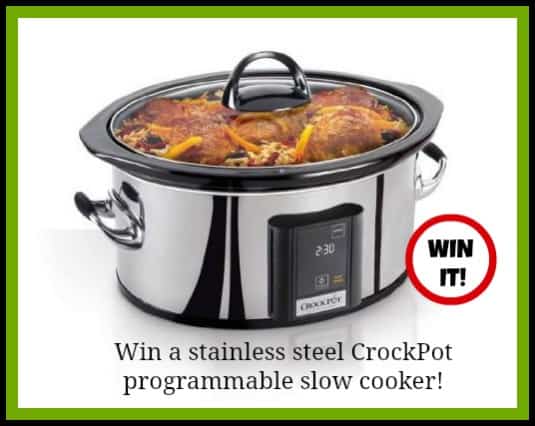 Wednesday, February 26, 2013.  This giveaway is now over.  Thanks so much for your comments!  Reading them makes me realize just how many more recipes I want to try in my slow cookers.  The winner has been randomly chosen and notified by email.  Congratulations Kenna!

This giveaway is provided by Simple Nourished Living.

Thank you for reading Simple Nourished Living! Good luck in the contest!!