Here’s a hearty, full-flavored soup with beef, onions, and mushrooms in a rich beef broth that is as easy as it is tasty.

Delicious when topped with cheesy toasted French bread, this Easy Beefy French Onion Soup was a big hit when I served it for dinner last night. 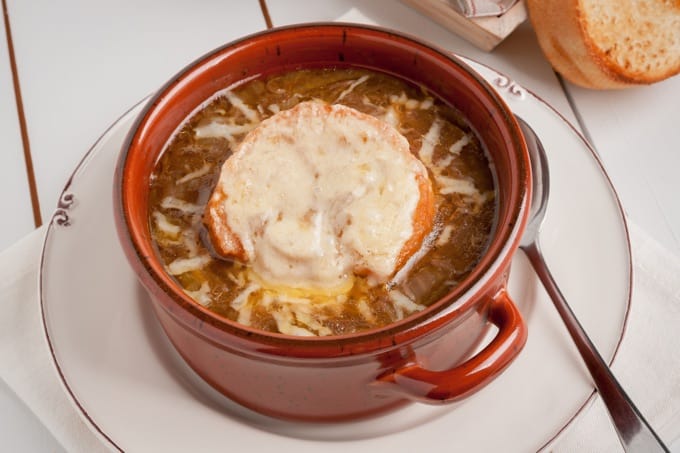 Just a few minutes of work early in the day allows us to enjoy a quick and easy dinner that’s ready-and-waiting when we are.

Softening the onions and browning the meat and mushrooms in a skillet before tossing it into your crock pot adds a lot of extra color and flavor.

But, if it seems like too much effort, skip it and this skinny beefy french onion soup will still taste great. 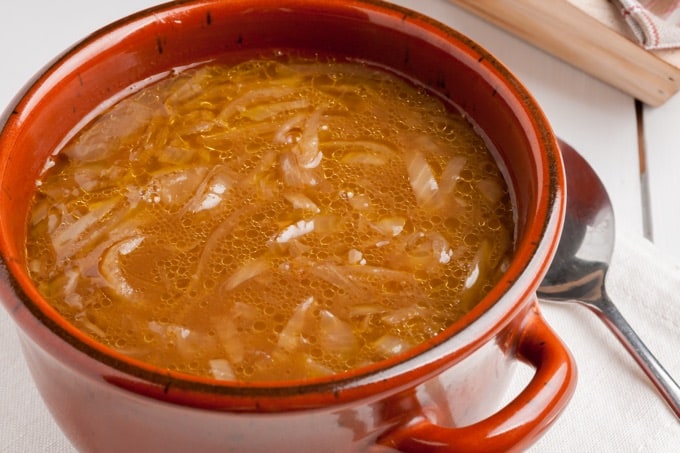 Enjoying French onion soup at home became so much easier when I learned  the secret to no more burnt hands trying to maneuver bowls of hot soup in and out of the broiler.

Make the cheesy toasty bread separately by toasting the cheese-topped bread under the broiler and then float it on top of the soup, instead of attempting to broil it all together in the oven! 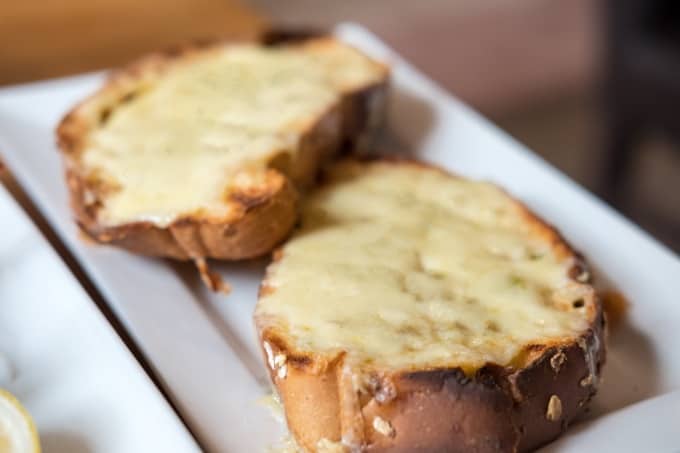 According to my calculations, each serving of this French Onion Soup has about 330 calories, *8 Weight Watchers PointsPlus and *7 WW Freestyle SmartPoints.

If you’ve made this Slow Cooked French Onion Soup, please give the recipe a star rating below and leave a comment letting me know how you liked it. 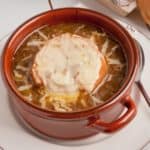