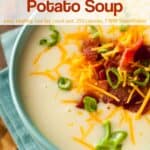 Here is an easy slow cooker potato soup recipe your family will love. Mine sure did! 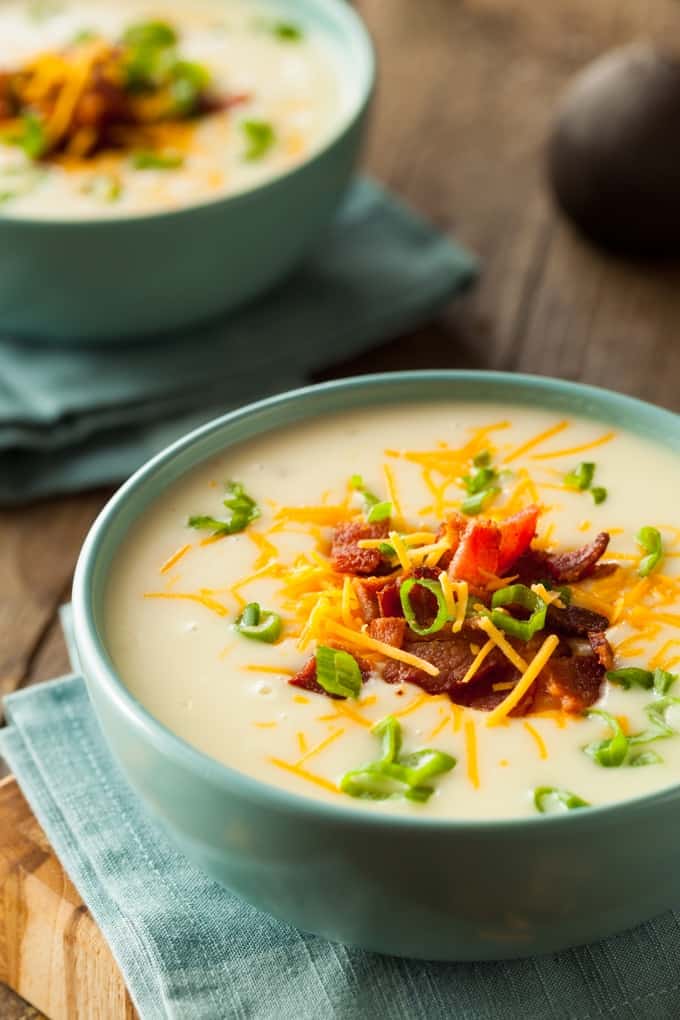 I don't think I ever met a potato soup I didn't like, which explains why you'll find so many different WW friendly potato soup recipes here on my blog.

If you are interested in simplifying your life in the kitchen, consider getting a slow cooker. It makes healthy eating so much easier.

This easy, creamy, low fat potato soup recipe was chosen over many others recently when frugality met desperation.

I was desperate to avoid a trip to the grocery store. So decided to fix a simple supper with what was in the pantry - an onion, some potatoes, a can of evaporated milk, bouillon cubes.

And the refrigerator - a couple of carrots, a few stalks of celery, some green onion, bacon pieces, and a small hunk of cheddar.

I pulled out my Fix-It and Forget-It Big Cookbook: 1400 Best Slow Cooker Recipes (affiliate link) since I was feeling especially lazy - and scanned for an easy slow cooker potato soup recipe that called for the ingredients I had available.

There were several to choose from. With a little mixing and matching I was able to cobble together my particular version of creamy potato soup. And even managed to make it Weight Watchers friendly!

It's hard to believe that a few humble ingredients and minimal effort can result in such a deliciously satisfying supper. 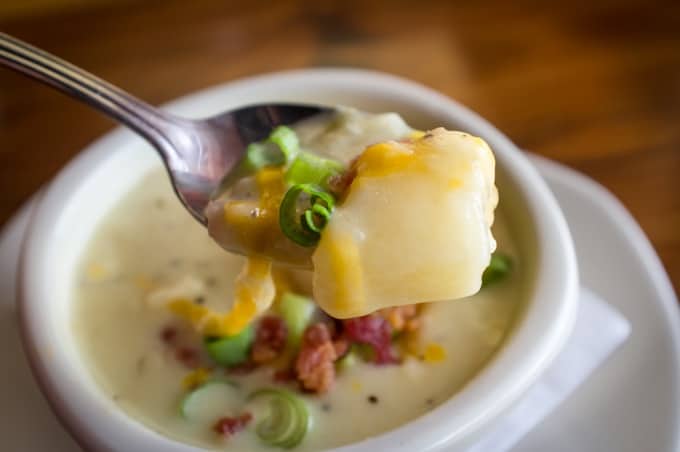 Served with toasted sourdough bread from the freezer, my guys gobbled up this tummy warming, creamy, cheesy potato soup. They declared it a winner worth repeating.

How Many Calories and WW Points in this Lighter Healthier Crock Pot Loaded Baked Potato Soup?

According to my calculations, each serving has 250 calories and

If you've made this low fat Crock Pot Baked Potato Soup, please give the recipe a star rating below and leave a comment letting me know how you liked it. And stay in touch on Pinterest, Facebook, Instagram and Twitter for the latest updates. 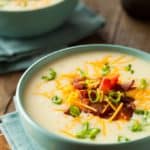 Here's a video from the crock pot girls showing how to make their version of Loaded Baked Potato Soup. It's very similar to this Weight Watchers friendly version if you just substitute canned fat free evaporated milk for the cream and less reduced fat cheese for the sharp cheddar...