Cheesecake is probably one of my all-time favorite desserts. It always has been and probably always will be.

The trouble with cheese cake is that it usually makes a lot, which can be dangerous when you are trying to watch your weight.

As soon as I saw the recipe for these Weight Watchers Raspberry Cheesecake Cups in the Weight Watchers One Pot Cookbook I knew I wanted to try it. And what better way to use up some of the gingersnaps hanging out in the pantry and raspberry fruit spread waiting in the fridge? 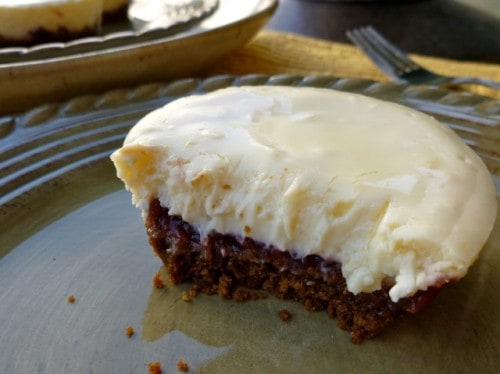 I divided the recipe in half, making 6 cute little raspberry cheesecake cups instead of 12. I also added a little cream and nonfat plain Greek yogurt for extra creaminess.

These Weight Watchers Raspberry Cheesecake cups turned out sweet, creamy and delicious. I’ve had to cover the extras with aluminum foil and hide them in the back of the refrigerator to prevent over-indulging. 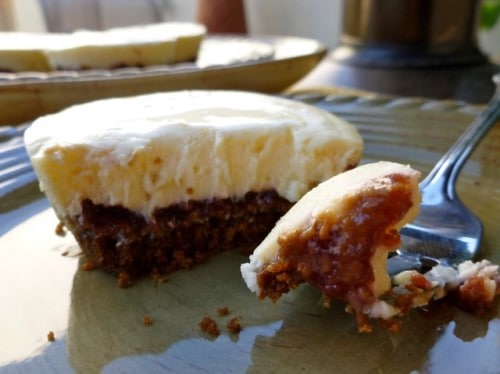 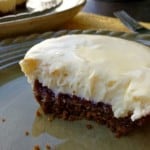