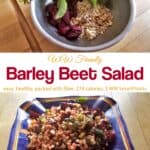 Barley is an understated gem.

What is Pearl or Pearled Barley?

Pearl barley, or pearled barley, the most common form of barley, is whole grain barley that has been processed to remove its fibrous outer hull and polished to remove some or all of the bran layer. Similar to wheat in its caloric, protein, vitamin and mineral content, it is mostly used in soups and stews.

I used a medium red beet this time around, however candy-striped, golden and orange beets would be just as colorful and tasty.

I usually make this ahead and have it ready to serve the next day. For the best flavor, bring to room temperature before serving. 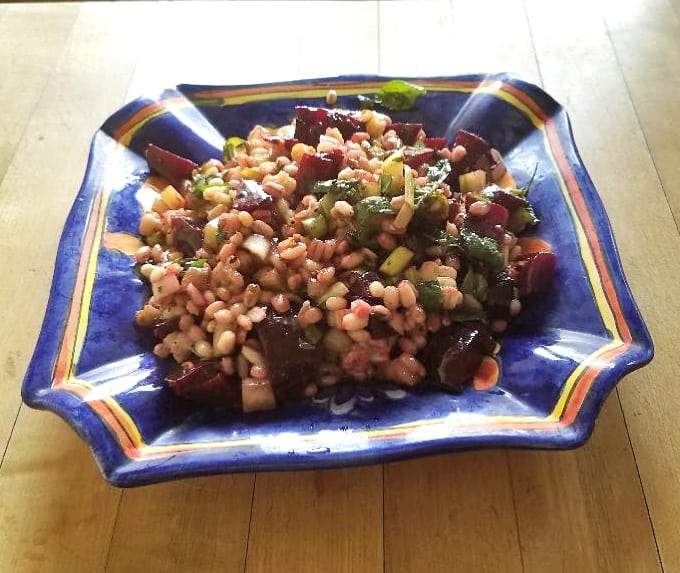 How Many Calories and WW Points in this Easy Healthy Barley Beet ?

According to my calculations, each serving has 274 calories and *3 WW Freestyle SmartPoints.

How to Make Barley and Beet Salad Step-by-Step

Step 1: Gather and prepare all ingredients.

Step 2: Place the cooked barley in a medium size bowl. 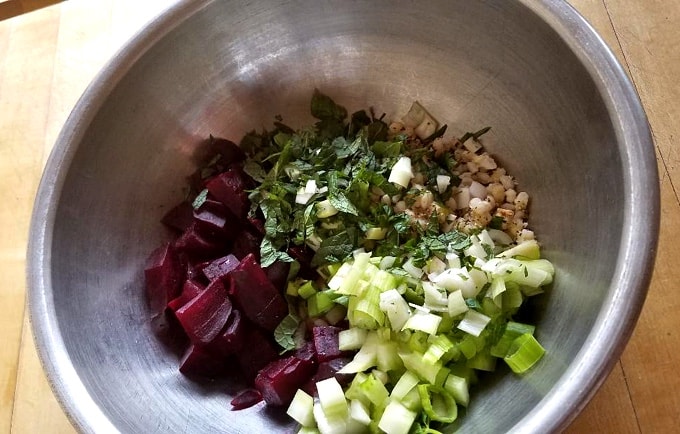 Stir in all the remaining ingredients and season to taste with salt and pepper. 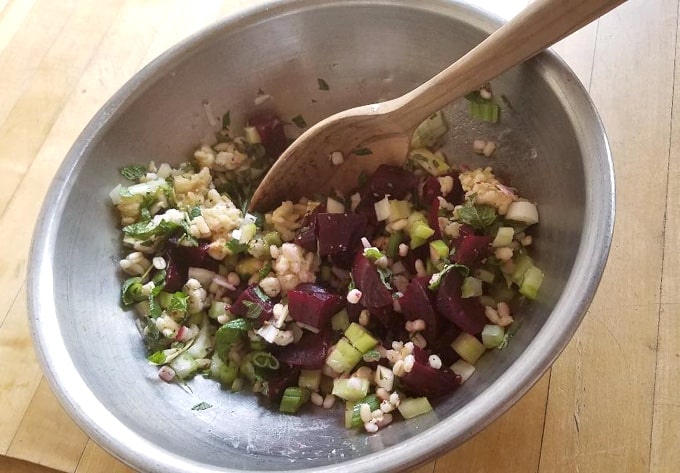 Step 3: Serve immediately, or store covered, in the refrigerator for up to 3 days.

This recipe calls for 1 cup cooked barley. For 1 cup of cooked barley you will want to cook 1/3 cup of dry pearled barley according to the package instructions.

If at all possible use quick cooking barley when using it for dishes like this one. It’s foolproof and takes just 10 minutes – about half of the time of traditional dry pearled barley. 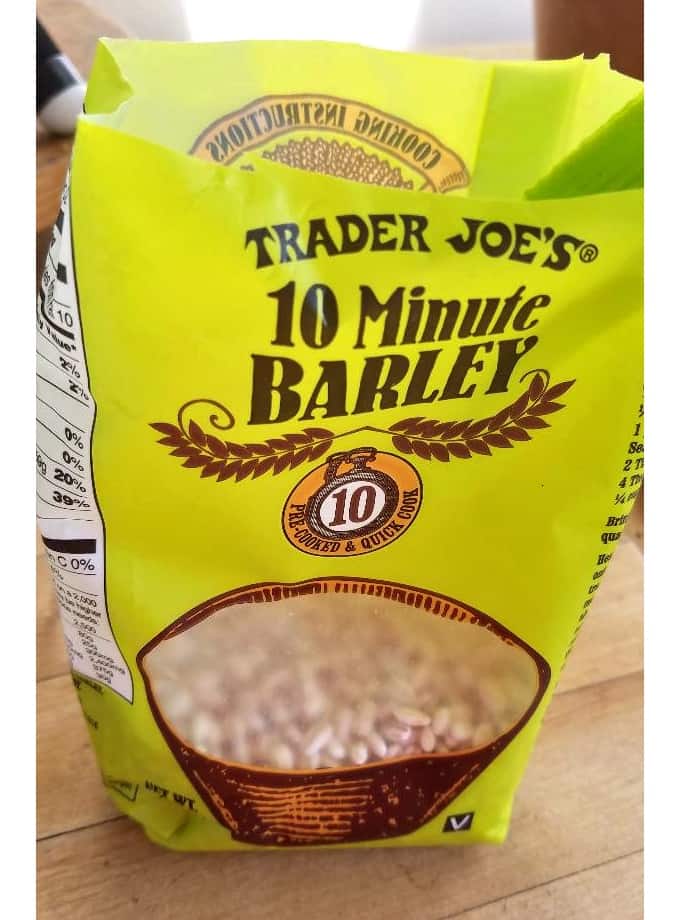 What’s the Best Way to Cook Beets for this Salad? 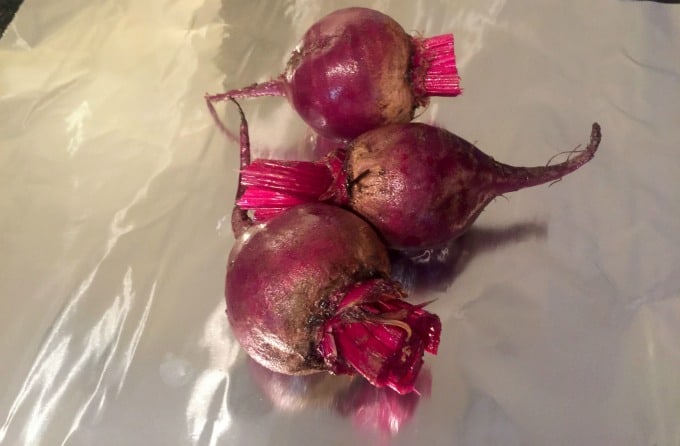 It’s easy enough to roast your own beets. Simply place in foil and bake at 350F degrees until a sharp knife is easily inserted. Medium beets will take about 40 minutes.

When a knife can be removed easily, remove them from the oven, cool, peel and store for up to 5 days refrigerated in a covered container. 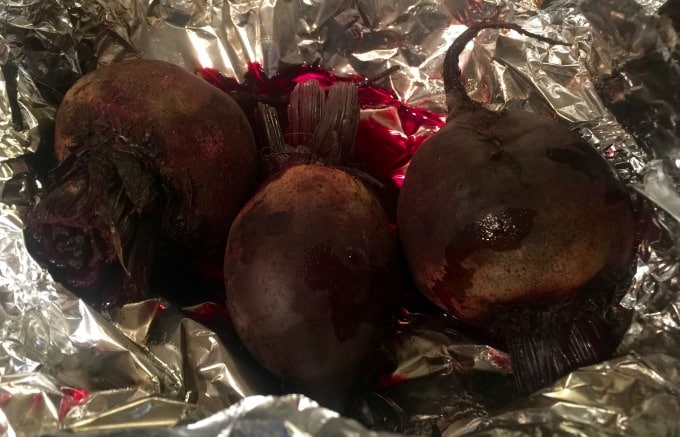 It’s easier of course to buy prepared ones and I admit I often just go that route. It makes this salad a snap. 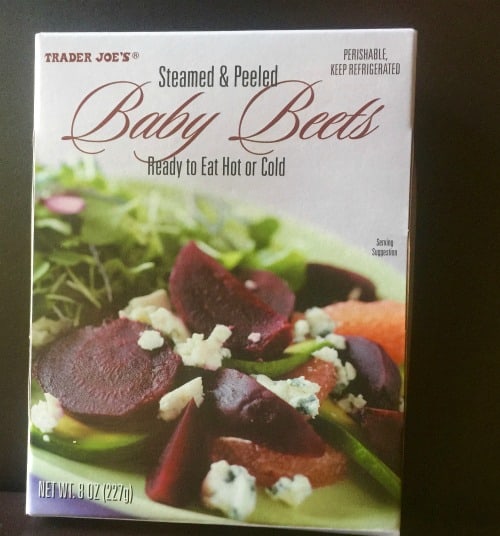 This is a hearty vegetarian lunch on its own with a large iced tea in the summer.

As a side dish, it will serve 4 easily (about 3/4-cup serving size) and makes a tasty addition to grilled or baked fish. 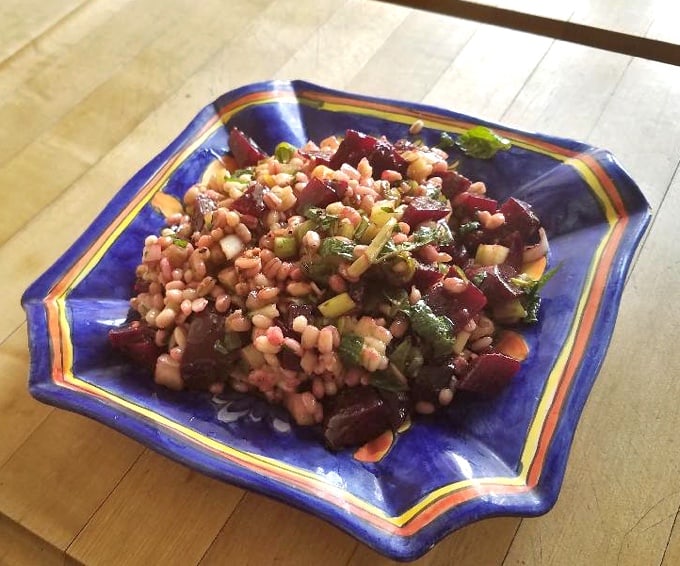 Leftover salad can be stored for up to 3 days in the refrigerator. Toss together with simple greens, additional chopped veggies and you’ll have a totally new look and taste.


Are You Ready To Firmly Plant Yourself
On The Path To Lasting Weight Loss Success?

If you’ve made this low fat, fiber-rich Barley Beet Salad, please give the recipe a star rating below and leave a comment letting me know how you liked it. And stay in touch on Pinterest, Facebook, Instagram and Twitter for the latest updates. 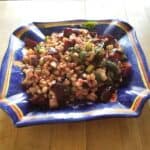 I like to make this salad ahead and have it ready to serve the next day. For the best flavor, bring to room temperature before serving.
Prep Time10 mins
Cook Time0 mins
Total Time10 mins
Servings (adjustable): 3
Calories: 274
Author: Hallie Harron | Simple Nourished Living

If at all possible use quick cooking barley when using it for dishes like this one. It's foolproof and takes half of the time of traditional dry pearled barley. It's easy enough to roast your own beets. Simply place in foil and bake at 350F degrees until a sharp knife is easily inserted. It's easier of course to buy prepared ones and I admit I often just go that route. It makes this salad a snap. Serving size: 1 cup Weight Watchers PointsPlus: *7 Weight Watchers Freestyle SmartPoints: *3
Nutrition Facts
Barley and Beet Salad
Amount Per Serving (1 cup)
Calories 274 Calories from Fat 60
% Daily Value*
Fat 6.7g10%
Carbohydrates 48.7g16%
Fiber 11.4g46%
Protein 8.3g17%
* Percent Daily Values are based on a 2000 calorie diet.
Course: Salad, Side Dish
Cuisine: American
Keyword: barley salad with beets, beet barley salad, beet salad with barley
Did you make this recipe?Mention @simplenourishedliving on Instagram and tag #simplenourishedliving - we love to see your creations! 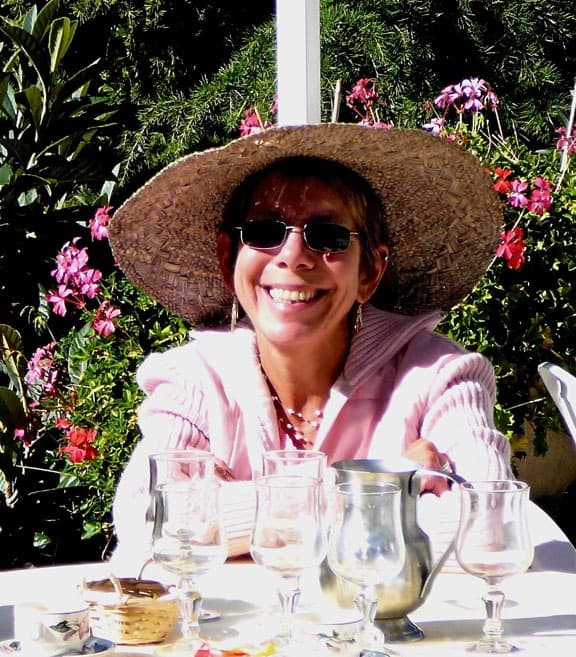 Originally from the San Francisco Bay Area, Hallie is a chef-teacher who eventually found her way to Provence, France, where she gave food and wine tours of the region.

In addition to writing more than a dozen cookbooks, she has also been teaching both professional and recreational cooking classes since 1978.

Hallie looks forward to sharing some of her favorite easy, healthy recipes with you here on Simple Nourished Living. 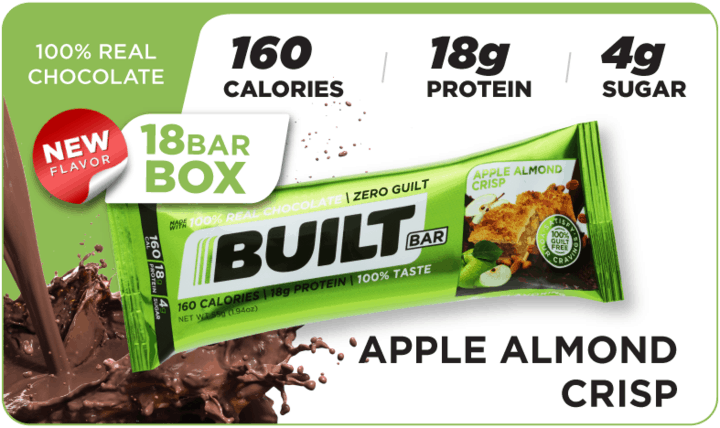