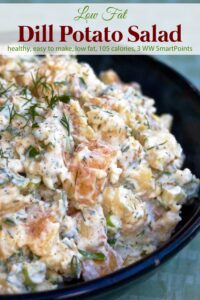 While getting my hair done last week, my stylist friend and I ended up on the topic of potato salad. She was contemplating what to bring to a weekend pool party. We agreed on potato salad.

What says summer any better than potato salad? 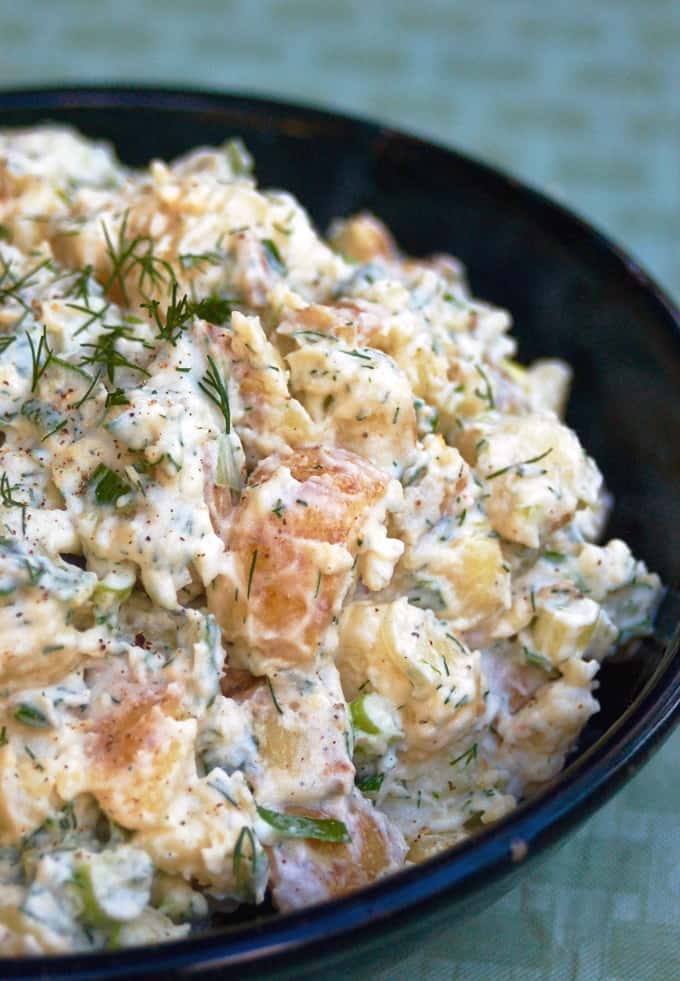 This somehow got me thinking about my favorite food writer, Laurie Colwin’s great potato salad essay from her book, Home Cooking: A Writer in the Kitchen (affiliate link).

There is no such thing as really bad potato salad. So long as the potatoes are not undercooked, it all tastes pretty good to me. Some potato salads are sublime, some are miraculous and some are merely ordinary, but I have yet to taste any that was awful.

When I was young, potato salad was considered summer food. My mother made her mother’s version, which included chopped celery and catsup in the dressing. It was known as pink potato salad and was served at picnics and barbecues as an accompaniment to fried or grilled chicken. No one would ever have thought of serving it in a formal setting.

Once I was out on my own and could cook to please myself, I figured that since I loved potato salad so much, other people did, too. I began to serve it to my friends at dinner parties. ‘Oh, potato salad,’ they would say. ‘I haven’t had any homemade in years!’ I gave it to them with thin sliced, peppery flank steak, and with cold roast chicken in the summer and hot roast chicken in the winter. It was always a hit.

For a while I turned my back on the old-fashioned kind and began to branch out. The possibilities were endless, since for every cook there are at least three potato salad recipes. I stole shamelessly from my friends. I made potato salad with funghi porcini, and with curried mayonnaise, and with chopped egg and walnut. But time after time I returned to my old standby: potatoes, scallions and dill.

But, like her, this Weight Watchers Dill Potato Salad has become my favorite.

This Weight Watchers Dill Potato Salad Recipe is adapted from the Weight Watchers New Complete Cookbook (affiliate link). The combination of potatoes, scallions and dill tossed with a simple dressing of vinegar, light mayonnaise and plain Greek yogurt is a winner with everyone who has tried it. You could replace the cider vinegar with lemon juice if you prefer. 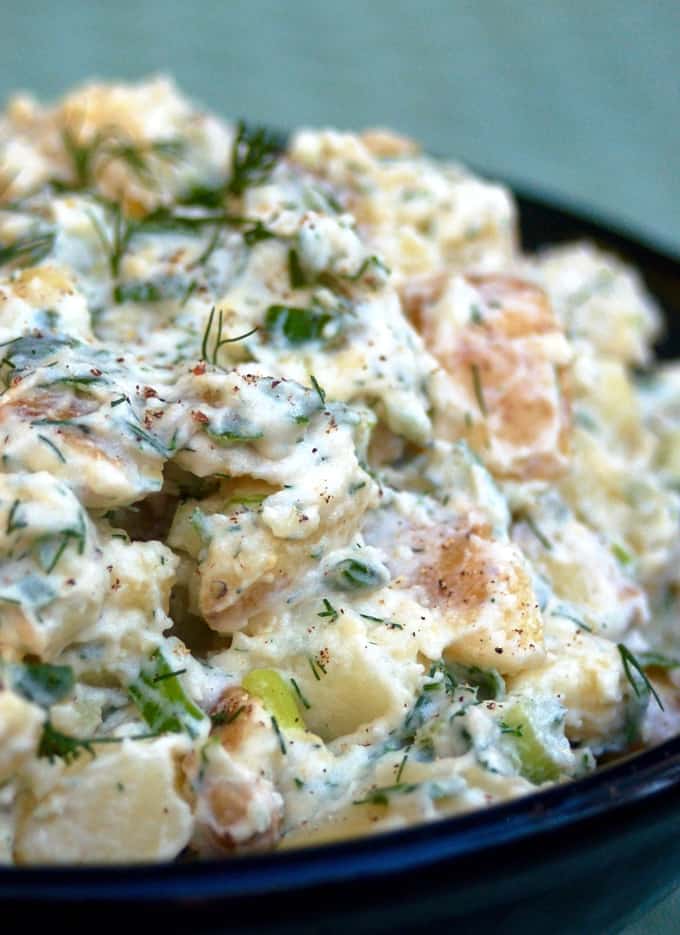 Following Weight Watchers Freestyle Plan, this is back to *3 Freestyle SmartPoints. Enjoy! 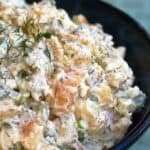 Here’s a great video from Dani Spies at Clean & Delicious demonstrating a lighter version of her mom’s creamy potato salad you will enjoy: