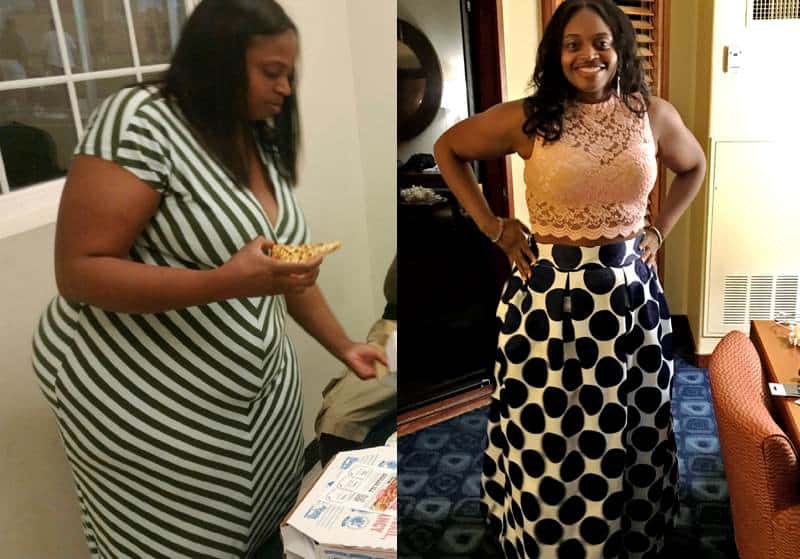 Ileka Before & After Weight Loss Success

I'm thrilled to be sharing another incredible success story with you today.

Ileka has lost over 100 pounds in 14 months , transforming her health, relationships and life in the process.

I love her advice to "Stay committed and Never Give Up! We're all stronger than we think."

Tell Us A Little Bit About Your Weight Struggle
I've been overweight my entire life—by the time I was 12 years old, I was over 200 lbs.

I grew up eating fried foods, tons of sweets, and always being offered 2nd helpings with no hesitation.

Over the years, I've tried every diet in the book (Jenny Craig, Weight Watchers, NutriSystem, Cabbage Soup, Master Cleanse, etc.) and would always lose some weight, but then pick it all back up.

I had tons of pain in my knees, as well as plantar fasciitis in both feet, and absolutely NO ENERGY—so everything was a struggle, including activities with the kids.

What Was Your Wake-Up Call Or "A-Ha Moment" That Caused You To Really Commit Yourself To Succeeding?
There were 2 things that really pushed me to commit long term this time.

1) Once I gave birth to my daughter, I realized that I didn't want her to pick up my bad habits and eventually face similar struggles and pain that I dealt with daily.

Additionally, I was teased and bullied as a child for my weight and I couldn't bare her having the same fate.

2) One day I was at Target and my then 3 year old ran off and I could not catch up to him, because at 327 lbs. I wasn't fast enough and my knees hurt too badly to move the way I needed to.

I had to scream for a stranger to catch him for me. I knew that this could have been a really scary situation had we been in a parking lot or a more crowded area...

At that point, I decided that I would not be able to be the mom that I wanted to be, as long as I was that size. 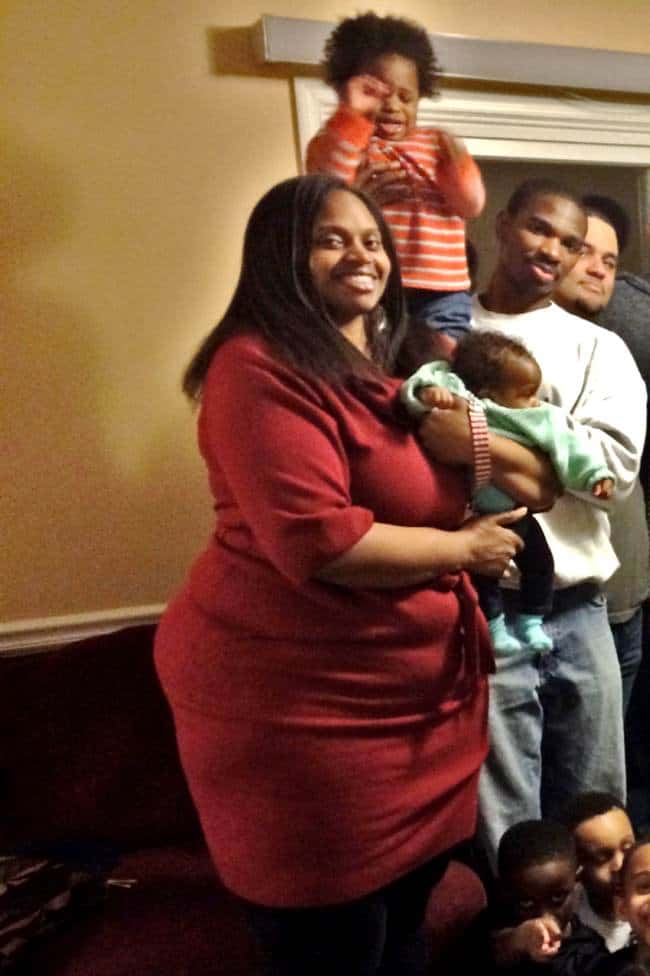 How Have Your Eating Habits Changed Since Beginning Your Journey? What Did You Eat Before And What Are You Eating Now?
Before I committed to this journey, I could eat an entire tray of brownies and would about once a month.

I also ate ice cream every day. I indulged in half of an extra large pizza about twice a week.

Now I eat a low calorie and low fat diet regularly and when I am at a plateau, I switch to low carb / ketogenic diet for about 6-8 weeks to jump start things again.

I eat a lot of ground turkey, avocados, salad, and vegan protein shakes.

What Is The Difference In Your Fitness Before You Started And Now?
My favorite exercise are jumping jacks and squat jumps. I think they are my favorites because I am able to do them well now and with good form.

Prior to losing weight, I would tire out even when modifying my jumping jacks. I had to modify because I physically could not jump.

I can now run upstairs to grab something without being out of breathe!

I can stand up from a seated position without even thinking about it.

That may not sound like much, but when you are over 300 lbs with tons of knee pain, standing up is a major process. 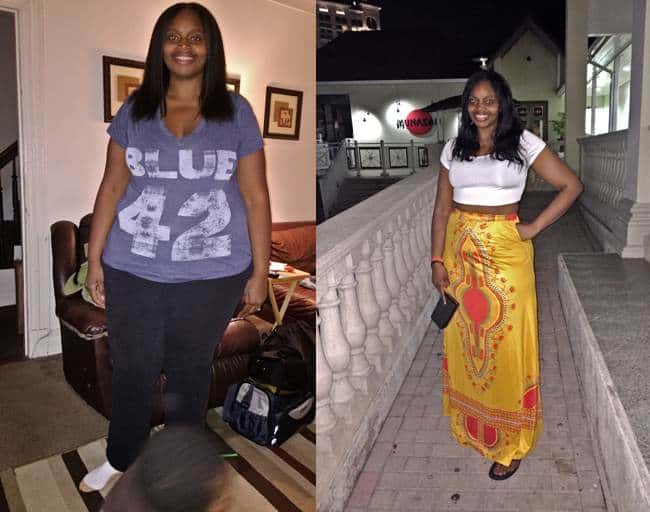 What Has Been The Biggest Change/Payoff For You So Far?
My relationship with my kids! I realized that I had slowly been removing myself from active family activities before the weight loss but now, I am front and center and my kids LOVE IT!

They never even used to ask me to play hide & seek or Super Heroes with them because they knew I couldn't run around.

But now, I'm chasing them around the house and playing soccer with them outside, and just being the mom I'd always dreamed of.

I'm so much happier now and best of all, I'm setting a great example for my children.

My daughter always wants to exercise and they love Vegetable Smoothies!

I can also shop for clothes in regular stores now!

Since age 10, I've only been able to wear clothes from plus-sized stores like Lane Bryant, but recently I have been able to purchase shirts from Express! 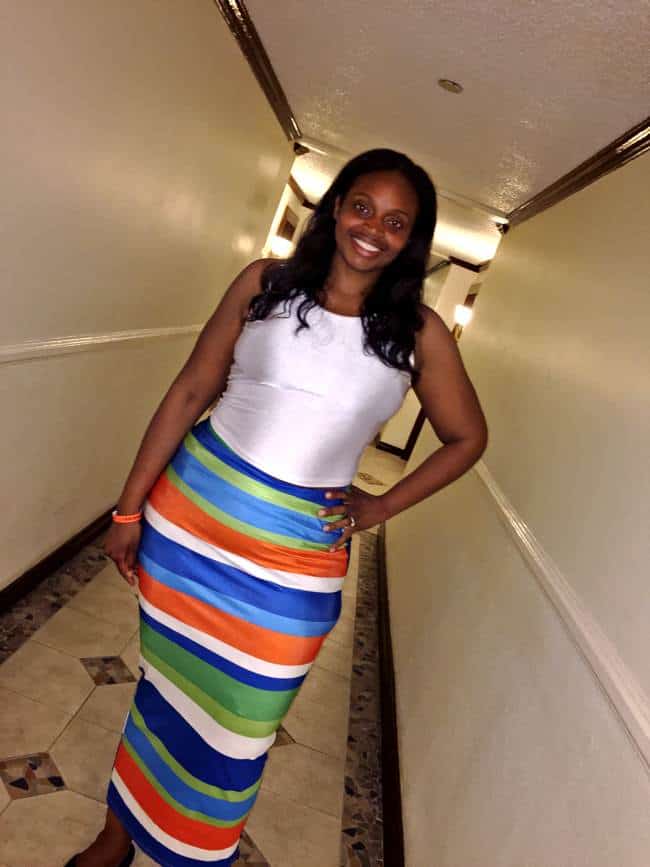 My Favorite Recipe Is...

Any Advice and/or Words of Wisdom for Others Who Are Struggling?
Stay committed and Never Give Up! We're all stronger than we think.

When you reach a plateau, make a change in eating or exercise.

I lost 25 lbs in my first 6 weeks with cardio and some weight training, then I hit a plateau for about 3 months.

I decided to change my eating to low carbs/ketogenic diet and lost about 20 lbs before stalling again.

That's when I joined a bootcamp and really pushed myself to drop the rest.