Home » WW Recipes & Meal Ideas » Measure Weight Loss Success By Your Integrity, NOT by Your Scale 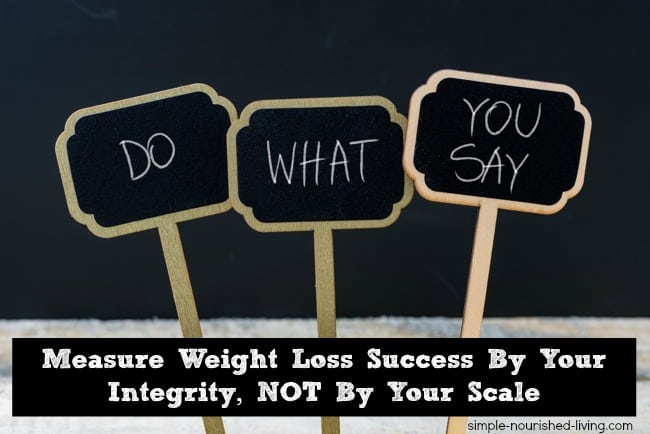 Measure Weight Loss Success By Your Integrity, NOT by Your Scale

Before my breakthrough in summer ’14, the most weight I had ever lost was 45 pounds. That was back in 2011, and I was doing Weight Watchers. If you have been with WW on and off, you may recall that was the year of the new Point Plus Plan. Fruits and veggies became zero points, and Real Living Points were introduced.

My goal was just to reach 200 pounds. That would be bliss! By my 9th month, I had reached 201 pounds. Up to that point, I experienced steady weight loss. But at 201, that halted. I reached a plateau and it seemed like nothing, not even cutting my points in half, which I foolishly tried, would work.

So, every time I got on that scale, I wanted to cry. Actually, wanted to throw it against the wall, and then cry. And cry I did. I’d go look at myself in the mirror, too, so I could see just how pitiful I looked. No pity party is complete without looking at yourself crying in the mirror right? J

Well, after weeks of this nonsense with the scale, I started to feel like it didn’t matter anymore. Maybe I was just meant to be a big girl. And it was okay because I was cute and smart and funny. So I should just deal with it. I worked many years after that to convince myself of that.

When I look back, what I realize is that WW was not the problem. Because although I’m not a member of WW now, I know that the plan works if you work it. Any plan, whether wise or cray cray, works if you are consistent with it.

The problem was is that I did not trust that I could be successful. My fears overwhelmed me. So when I didn’t see progress in the way I had hoped, I bowed out. I ran far, far away. So far that I picked up every single pound that I dropped and stuck it right back on.

It would be nearly 3 years later before I discovered that measuring my success primarily by the scale is not wise.

I began to make small goals for myself each week. For example, I would set a fitness goal of going for a walk for 30 minutes, 4 days out of the week. I’d make a nutrition goal like making one meal each day a salad with a different type of leafage.

At the end of the week, I measured my success NOT by what my frenemy the scale reported, but by if I did what I said I’d do for myself. If I had kept my word to myself, then it was a victory.

These integrity victories began to trump the scale, which slowly started to move in my favor. But even when it did not, I had the drive to keep going because of all the other victories I was amassing. 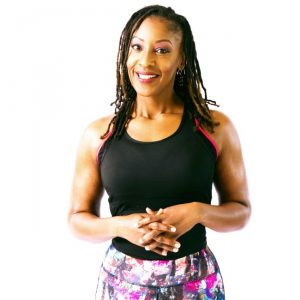 Queing is an obesity over comer, having lost 102 pounds naturally, or "supernaturally" as she'd say.

Now, she inspires others to apply faith to fitness to transform from the inside out.