I ate too much cake at the most recent gathering of The Clandestine Cake Club's Summer Cakes Gathering. Ten sweet ladies came together to share their homemade "summer" cakes. Ten ladies. Ten Cakes... 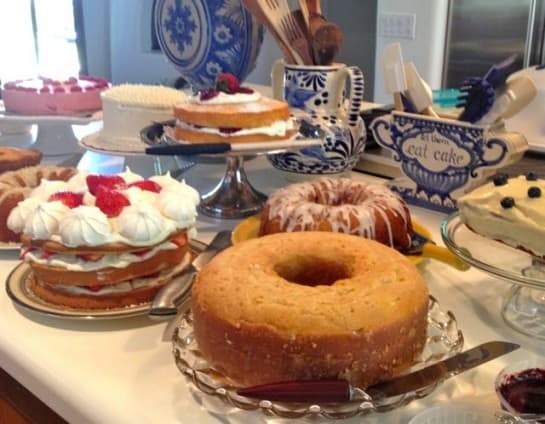 I Ate Too Much Cake at the Clandestine Cake Club Gathering

Is it any wonder I ate too much cake? I think it's safe to say that we all at too much cake. It was fun. All the cakes were beautiful, homemade and delicious.

The group of women are as sweet as their cakes. And the setting, a gracious grand home in North Scottsdale, was spectacular.

Since I couldn't decide which to try, I tasted a little of all of them without an ounce of guilt. And without considering how it would make me feel later. Which is how I ended up eating too much cake!

And it was all wonderful in the moment… 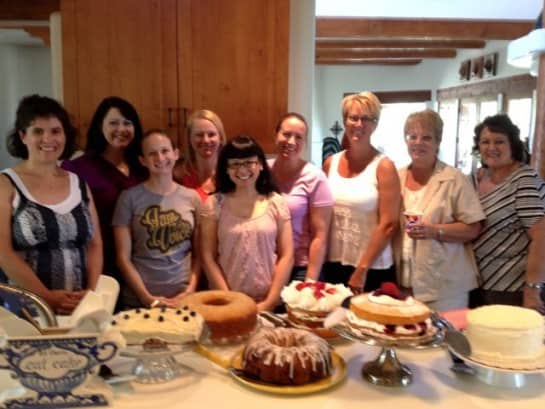 Can you guess what happened?

I felt tired, weak, jittery, spacey and nauseous. All I wanted to do was lie on the couch and veg out. I couldn't even gather the energy to go out to dinner with Rod, which is one of my favorite things to do.

Though not as severe, the low energy feeling accompanied by a headache, continued into Sunday. I ate too much cake and ended up feeling like I had a hangover. Is it possible to suffer from a cake hangover? It certainly feels like it.

It's now Monday morning and I'm finally feeling back to normal. But the thought of cake makes me a little queasy.

I think it must have been a "Sugar Crash."  I haven't had one in so long, I had forgotten how awful it can be. I've learned through lots of trial and error how to give myself sweet treats in a way my body can handle. (Small amounts following real food.) Or at least, I thought I had.

All I know for sure is I hated feeling so awful and want to do whatever I have to to avoid feeling like that again! I wish I'd known about my sister's secret for letting go of digestive discomfort!

Have you ever felt sick after eating too much sugar? What did it feel like? How do you avoid the "Sugar Crash?"

If you were me, would you go to next Month's Clandestine Cake Party (Theme: International Cakes)? If so, what strategies would you use to avoid eating too much cake?

Update: It's now a few days later and I've made a full recovery! As I was reflecting on the whole "I ate too much cake" event, a few more thoughts came to mind. First, I think that it's so cool that when you begin to apply the whole hunger directed eating method and listen to your body for guidance in what to eat, when to eat, how much to eat and then pay attention to how you feel after you eat, you learn so much! This was an incredible learning experience. Remembering how awful I felt after eating too much cake will prevent me from eating too much cake again anytime soon!

When I do overindulge, I'm glad I now know about my sister's secret for letting go of digestive discomfort!

Best of all, this happened without an ounce of guilt! There was no inner mean girl chastising me. Telling me what a loser I was for eating "too much." Trying to make me feel bad about myself for "losing control." I can't even begin to describe how incredibly freeing this is! I've reached a place in my relationship with food that I never even thought was possible!!