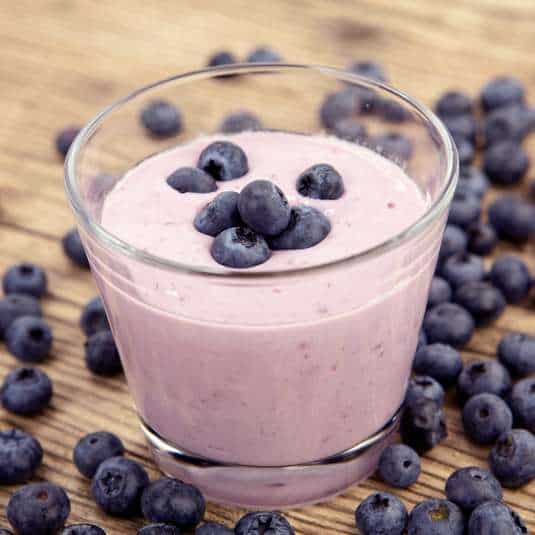 I have to make a little confession.

I am an addict.

Addicted to my own smoothie creation that is!

For well over the last year, there's only been a handful of days when I haven't made my special breakfast smoothie - I like to call it Peter's Favorite Blueberry Banana Almond Butter Smoothie.

It does get altered from time-to-time, but the main ingredients remain pretty consistent. The amounts vary too because I really don't measure anything, other than the protein powder. In determining the nutritionals for this recipe, I've used my best guess estimations.

As it turns out, it's a relatively healthy smoothie, but it's also a little high in calories.

Since I am on a quest to try and lose a few pounds around my middle, I am going to experiment (with Martha's help and suggestions) by trying some minor alterations to attempt and make it a little lighter.

I am curious what will happen to my weight if try these changes for a few weeks - but make no other major changes in my life.

Is reducing the overall calories of my morning breakfast smoothie enough to help me feel a little lighter?

I generally don't weigh myself because I don't want to become number-focused, but I may pick up a scale for experiments such as this. Otherwise, all I have to go by is how my clothes fit and how I feel overall.

The main ingredients are a collection of some of my favorites, but they do change frequently. 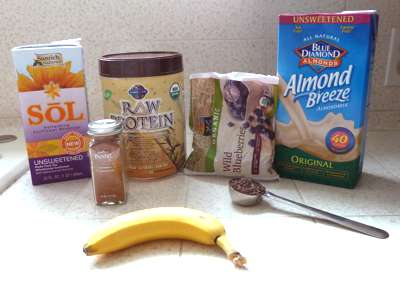 Given this, the nutritionals shown here are only estimates: 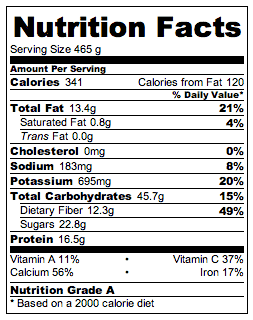 Also, I frequently change up the amount of cinnamon used - but this won't really impact the nutritional estimates. I usually add more, but sometimes a little less. Cinnamon is supposed to be healthy and may possibly help to control blood sugar and may also aid the body by boosting brain function. Not only that, but it smells wonderful and I love the taste!

Weight Watchers may want lighten up this recipe by using less almond butter (or skipping it), using half a banana instead of a whole, and by adding ice.

Martha mentioned that smoothies are one of those recipes that can be tricky for Weight Watchers to calculate since fruits and vegetables are usually considered to have 0 Points Plus when eaten in their natural form. But when they're added to a recipe, as part of a stew or banana bread or a smoothie, the calories are counted and included in calculation of points.

Just curious, do you count fruit points when you add it to a smoothie? 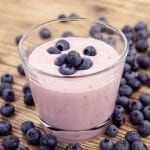 Martha's Notes
Nutritional Estimates Per Serving: 341 calories, 13.4 g fat, 45.7 g carbs, 12.3 g fiber, 16.5 g protein and *9 Points Plus You may want to try and lighten up this recipe by experimenting with less almond butter (or eliminate it completely), ½ banana instead of a whole, and by adding ice.
Course: Smoothie
Did you make this recipe?Mention @simplenourishedliving on Instagram and tag #simplenourishedliving - we love to see your creations!

I really love it's versatility because I can easily make hot soups, cold ice creams, hummus, frozen drinks and smoothies, etc. in minutes!