This inspiring Weight Watchers Success Story is from Tami S, who finally said "enough is enough" and retuned to Weight Watchers for the last time after retiring, losing 50 pounds. A WW receptionist since October 2007, her story demonstrates that it's never too late to turn your life around, get healthy and lose weight, once you commit to achieving your goals. 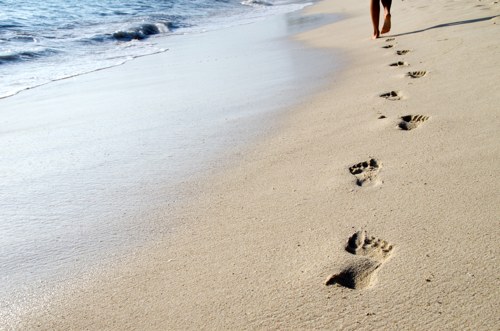 Tell Us A Little Bit About Your Weight Struggle
After retiring from 30 years at General Motors I found myself almost 200 lbs. I wasn't doing much but watching tv and snacking. Not good! I had been to Weight Watchers 3 times before, making goal twice but not doing the 6 weeks maintenance to reach lifetime, (thought I could do it on my own). Then after stepping on the scale January 2007 I said enough is enough and got back to Weight Watchers for the last time. I lost 50 lbs and have kept 45 off, and I needed it so much I became a receptionist in October 2007 and I'm still there. It has not always been easy but if you want something bad enough anything is possible.

What Was Your Wake-Up Call Or "A-Ha Moment" That Caused You To Sign Up With Weight Watchers?
Stepping on the scale and seeing almost 200lbs!

How Have Your Eating Habits Changed Since Weight Watchers? What Did You Eat Before And What Are You Eating Now?
I could have eaten a whole medium pizza by myself, but now I eat 2 pieces and it is a thin crust veggie pizza.

What Is The Difference In Your Fitness Before Weight Watchers And Now?
I never walked at all but now I walk at least 10,000 steps a day and at least 6 flights of stairs.

What Has Been The Biggest Change/Payoff For You So Far?
I went from a tight 14 to a loose 10 and some 8's and feel great.

How Much Weight Have You Lost? How Long Did It Take You To Lose It?
50 lbs. it took me 10 months.

Some Advice and/or Words of Wisdom You'd Like To Share
Stick to it, even if you gain one week, don't give up.