I've got another amazing weight loss success story to share with you.

Tim was caught in the vicious cycle of dieting, losing weight, then gaining it all back plus some. Focused attention, some Divine intervention and successive small changes eventually resulted in Tim achieving the most AMAZING Results! Read on am prepare to be inspired to set aside your excuses forever... 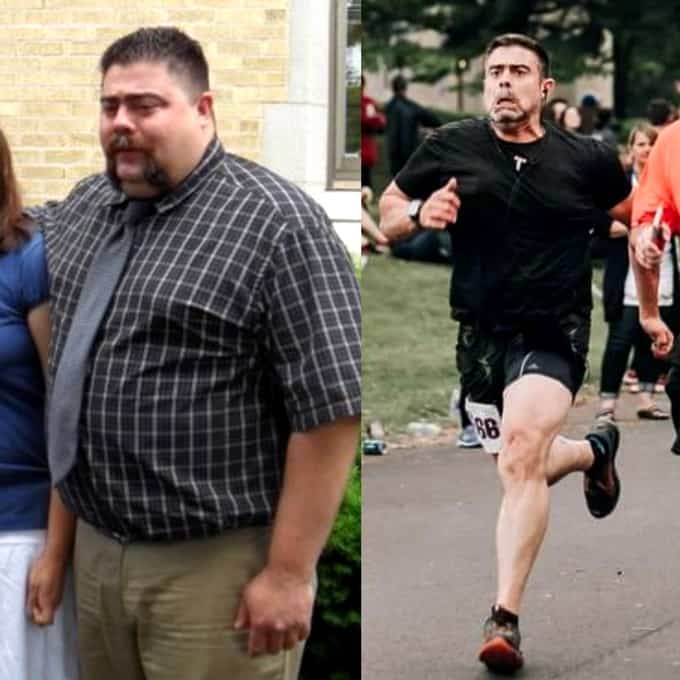 Tim before and after his weight loss success

Tell Us A Little Bit About Your Weight Struggle
Walking out of the doctor's office reality had finally sunk in. I was not going to be around for another year. My wife and kids would very likely not have a husband or father within the year.

My blood pressure was 255/115, my resting heart rate was 125, and I was on enough prescriptions that I couldn't fit them in a weekly pill organizer.

My cholesterol (300) and triglycerides (279) were off the charts (literally). I was on a ton of opioids, I was self-medicating and struggled with a Fentynal and alcohol addiction.

My weight became so out of control that the doctor could no longer weigh me in his office. He said, "I was well over 400 lbs."

I was having trouble breathing and had severe sleep apnea. I was born with a genetic disorder called Elhers Danlos Syndrome and my joints are very loose and hyper mobile.

The excess weight was too much for my already destroyed joints to handle. I was constantly on crutches, canes, and immobilizers.

I was cast and fitted for very expensive leg braces that would hold my legs from buckling. My wife was actually putting my socks and shoes on me in the morning.

Nothing was working and my life was spiraling out of control. I was going to die and I don't know if I really cared.

I was just surviving, hoping I would wake up the next morning. I was committing a sort of slow suicide.

What Was Your Wake-Up Call Or "A-Ha Moment" That Caused You To Really Commit Yourself To Succeeding?
Every day I could see the hurt in my wife's eyes as I grew more and more unhealthy. We were in the process of dealing with my father and her mother both being diagnosed with aggressive cancer. It was very hard to see the pain she was going through.

One night, I realized that she would soon have to deal with the same pain as a result of the choices I was making.

I had become an expert on excuses and reasoning why I had become who I was. In the back of my head I think I knew that at least some of what I was going through was self-induced.

A very long story short............... If I even had a chance to save my wife from more pain, I was going to give it a try. Although I really didn't care about myself, I figured it was pretty selfish to put her through another death that was self-induced.

When you watch someone cling to life and struggle to stay alive you can't help but appreciate life no matter how bad you think you have it. While I complained about how bad my knees hurt I watched as my loved ones struggled to just breathe. Perspective is an amazing thing! 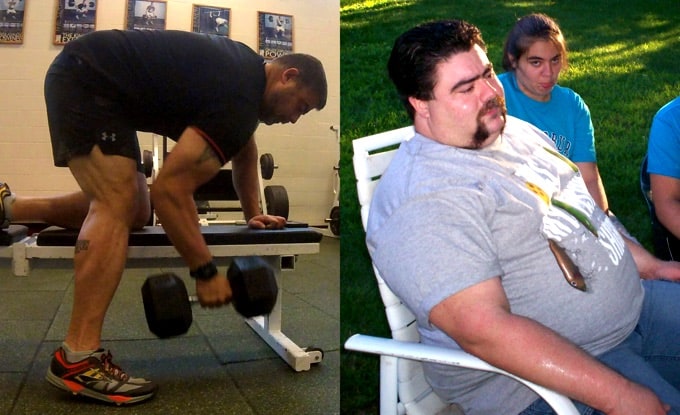 Tim from Fat Man Rants and his weight loss journey

How Have Your Eating Habits Changed Since Beginning Your Journey? What Did You Eat Before And What Are You Eating Now?
I made some phone calls and started the process to get a bariatric surgery. I had done the research and this sounded like the best option.

I was scheduled for the meetings and pre-op tests. I had to get clearance from my primary doctor. This was just a formality, or so I thought.

My wife was skeptical—which was weird—because as an addict, you learn to become a master at manipulation. I just couldn't sell this one to her. I thought by taking her to my doctor he would assure her of what a good decision this was. She and I sat down with my doctor and I told him my plan.

He explained that he had ok'd everyone that had ever asked for the surgery. He said many people have had success with it. However,....................he would not sign off on the surgery for me. I was just too sick. I was enraged to put it mildly. I was not healthy enough and he thought that my joints would become worse if I had the surgery.

So there I was, my last hope had dwindled. I have no idea what transpired in my head that night, I am more than positive it was Divine intervention, but I grabbed a notebook and wrote down tomorrow's date at the top, directly underneath I wrote "this is the first day of the rest of your life".

I got on my knees and I asked the Lord to give me enough strength to change just one small thing a day. Underneath that I wrote: goal - get up from chair 2x.

This whole notion was way out of character for me, writing things down is for old people or weirdos.

Anyway, I figured if I could get up from a chair once, I could do it twice. The next day, that's exactly what I did. If someone saw me they would have thought I had lost it.

Every day I added just one small change. Sometimes it was to just to walk up 4 extra stairs but it was always a little more than I did the day before.

I started to log my food, but I really had no idea what real food was.

In time, my food choices started changing. I started to eat things that made me feel better instead of putting me into a food coma.

Little changes, many hours of research, and documentaries like (Forks Over Knives, Vegucated, Engine 2 Kitchen Rescue, Fat Sick and Nearly Dead, and The Gerson Miracle, to name a few) gave me an entirely new perspective on food.

The more successes and better food choices that I made, the more I wanted to stay focused.

Since I started to focus on change my life has completely flipped upside down. Every single aspect of my life has changed.

What Is The Difference In Your Fitness Before You Started And Now?
I hate going to sleep because I'm afraid I'm going to miss something. I've had so many opportunities that sometimes I think it's all a dream.

I had the pleasure to compete in an Ironman 70.3 and believe it or not, I did a 50k and a 50 mile ultra marathon on some crazy trails. Imagine that, I am supposed to be in a wheelchair!

I had shed 200 pounds and now my doctor now refers patients to me for advice, how cool is that?

The best part of this whole thing is this: My wife had been there by my side every step of the way. She has done nothing but support me and she has been my rock.

She too has had some major changes in her life. As a result of my lifestyle changes, her's have changed by default. She has lost 90 pounds by eating plants too! We love life together and are making memory after memory.

I thank the Lord for my health and happiness every day. I am truly grateful for the second chance He's given me and I am on a mission to not only appreciate it but to pass it on to anyone that will listen.

It's not magic, but it is quite simply. Just do a little more than you did yesterday.

My wife and I are now thriving on a plant-based diet free of meat, dairy, and oil with starch, vegetables, and fruit as our main fuel source. My total cholesterol is 112 and triglycerides are 74, I eat more now than I did when I weighed 400 pounds and I am never hungry and I never count calories. 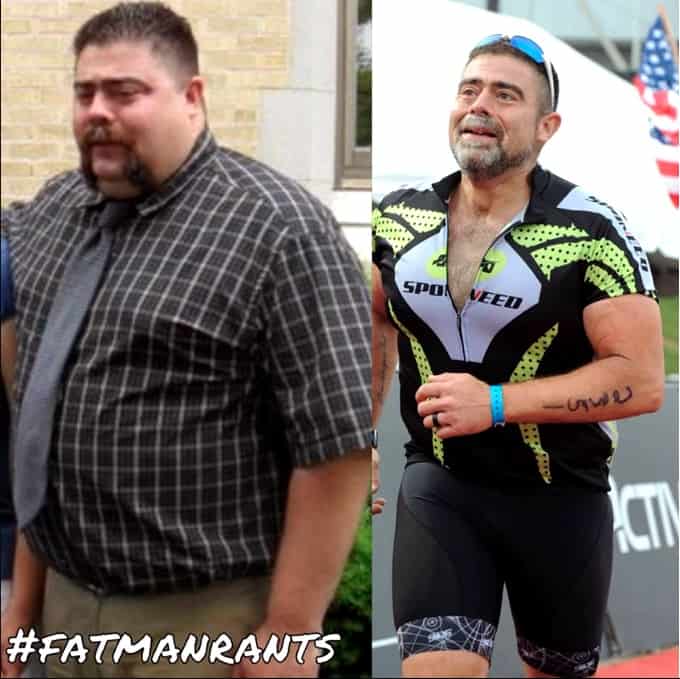 I can't wait to wake up and enjoy each day.

I was graciously blessed with a second chance and I refuse to waste it. The best part of the whole thing is that anyone can do what I did. A whole food plant-based lifestyle is out there for anyone that wants it. Results are not only typical, but they are expected.

If you are even thinking about changing your diet, please watch the movie Forks Over Knives.

Read the Starch Solution and The China Study, Eat To Live is another great one! Also, check out NutritionFacts.org

What Has Been The Biggest Change/Payoff For You So Far?
I didn't just get my life back, I got a completely new one! Give a whole food plant-based lifestyle a chance!

How Much Weight Have You Lost? How Long Did It Take You To Lose It?
I have lost a total of 200 lbs... most of my weight came off in the first year or two. I have been eating a plant-based diet for over 5 years.

Any Advice and/or Words of Wisdom for Others Who Are Struggling?
"Eat plants and move your body, all ya gotta do is a little more than ya did yesterday."
-Tim Kaufman (Fat Man Rants)