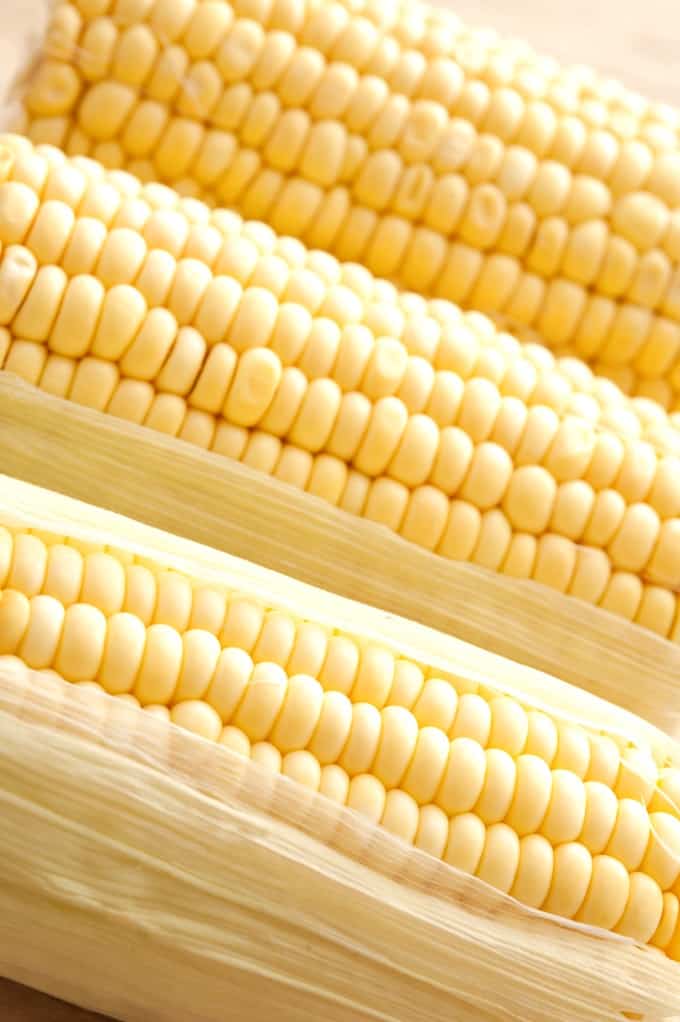 Uncooked Corn on the Cob

It's hard to beat boiled corn on the cob, especially when it is in season and freshly picked. With just 2 PointsPlus value per medium ear (without butter), it's a Weight Watchers friendly Power Food too!

The Skinny on Boiling Corn on the Cob

Boiling is the quickest, easiest, tastiest way to prepare fresh corn. Many people prefer grilling corn on the cob but I don't think it is worth the extra time and effort.

Since boiling corn on the cob is one of those things we only tend to do a few times a year, it is easy to forget the details such as how long to boil it. 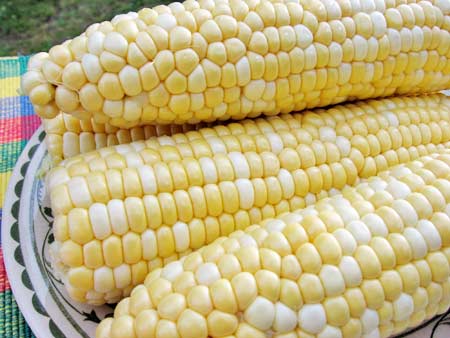 Corn on the Cob

And even for a recipe as simple as this, there are several varying opinions for how to boil corn on the cob. Some suggest salting the water, others to cover the pot.

I boil corn on the cob, uncovered, in unsalted water, according to the directions in one of my oldest and trusted cookbooks.  A few years ago, I read that you should add a little sugar to the water to bring out the corn's natural sweetness and have been doing it ever since.

Basic Instructions for How to Boil Corn on the Cob

For maximum freshness husk the corn just before cooking.  Pull off the silky threads and cut out any bad spots with a small sharp pointed knife.  Bring a large pot filled with a gallon of water and the sugar to a boil.  Drop the corn into the boiling water and return water to boiling.  Cook the corn until tender, about 5 to 7 minutes. Remove the corn on the cob from the water with tongs, allowing as much water as possible to drain away from each ear.

Serve with softened butter and salt, remember to keep it Weight Watchers friendly, go lightly with each 🙂