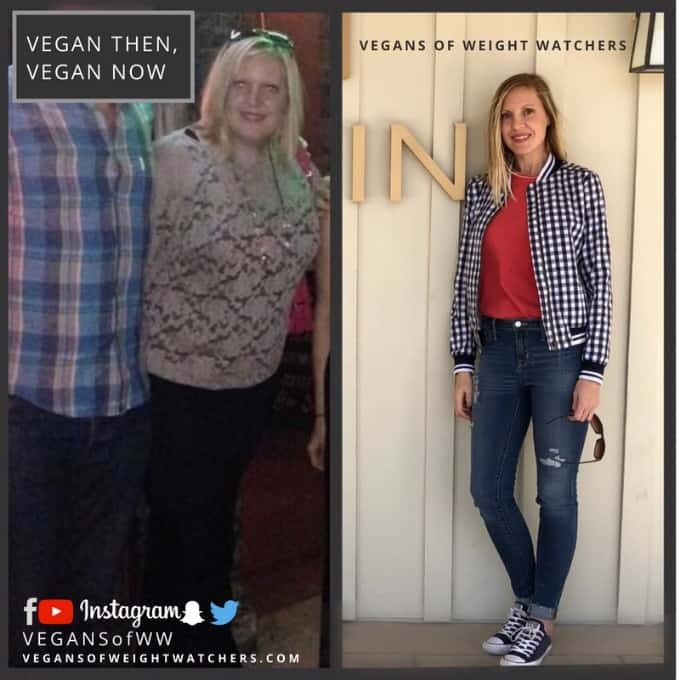 Breaking The Binge - Chapter 2, How to Retrain Your Brain

Back to that million dollar question: "How did I stop? How did I break the cycle?" To understand "how", you need to know "why."

If you missed what brought me to my breaking point, catch up here: (Chapter 1: One Size Does Not Fit All)

Around 2005, I'd lost weight with Weight Watchers and heard about their online tools. I knew firsthand the WW program had the structure I needed.

Now I had to find a way to make it work with my binge eating behaviors, lack of exercise routine, and "junk food vegan" diet.

But more importantly, I needed to figure out once and for all, how to stop that record of doubt playing over and over and over in my head. 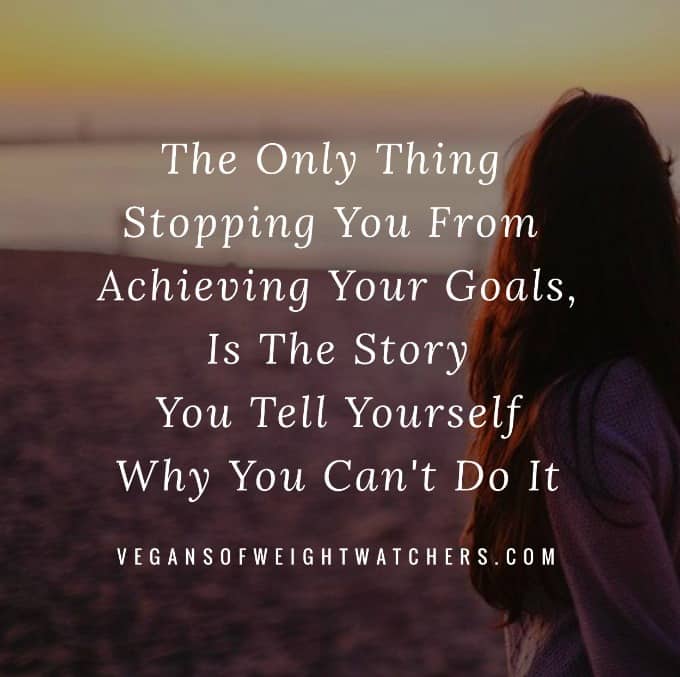 The Power of Visualization for Weight Loss

Based on my intense reaction to those photos, I knew visualization would be the key to get me out of this mess!

I'd learned the human brain will do almost anything to avoid pain, and the way to create change is to create massive and immediate pain.

So I came up with a plan and jumped into action while I was still "in pain."

I took all my bad photos and moved them into a new photo album on my phone. There weren't many since I was a master at angles, but I used what I had.

I labeled the album "OLD Me" reinforcing to myself visually that the "OLD Me" is NOT who I am now.

Step one in my project "SAVE LORI" file was complete.

And yes, I had a list which I checked off too... one on paper and one in my phone.

I was NOT playing around anymore.

I'd tasted freedom and I was determined to use every skill I have in life to beat the one thing I've never been able to control, my weight. 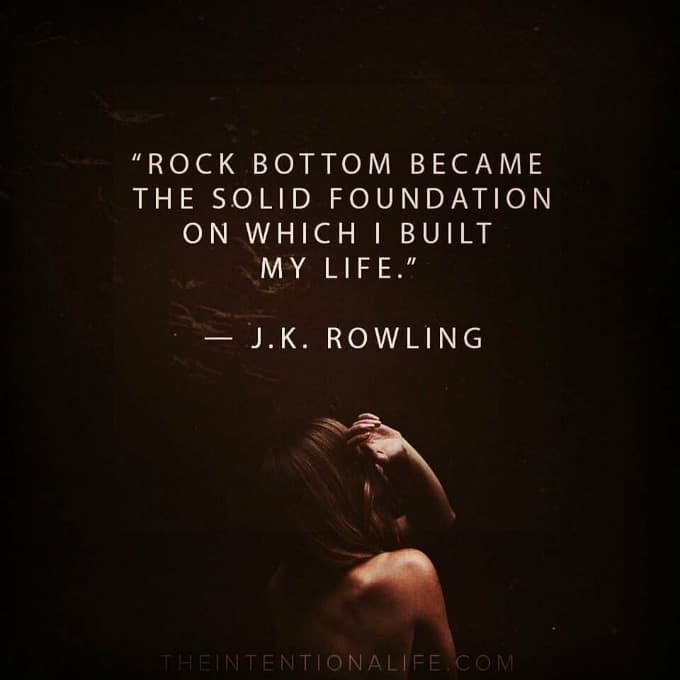 Next, I plastered post-it notes everywhere that read "LOOK AT ALBUMS!!!"

I put them on my bathroom mirror, my toilet, closet... you name it, and I had a bright colored post-it note in the face saying "LOOK AT ALBUMS!!!"

I strategically used ALL CAPS, underlines, and exclamation marks which grab attention and give a sense of urgency.

No one likes to be yelled at, right?

They were impossible to ignore.

When the shower steam caused the one on the mirror to fall off, I taped it.

When I was tempted to slack, a flashback of the "Old Me" kicked me right back in gear because of that bright pink post-it was yelling "LOOK AT ALBUMS!!!"

By Friday I was feeling like a champ... until that pesky voice of doubt whispered, "You'll never stick with it."

But I wasn't going to be stopped that easily, so that night I created a new plan to up the ante.

At that time I was a size 1X and set an aggressive goal to be a size 8/10. I had no idea what that number on the scale would be, so I guessed.

I dug everywhere for photos of myself around that size.

Since I'd lost weight years ago on Phen Phen and slowly gained it all back—and more—there weren’t many.

I knew having a couple photos wouldn't do it, so I googled "size 8/10 celebrities" to use in their place.

Then I went to the app store and found a free collage making app and spent hours making REALISTIC "before and after" photos.

Then I moved all those split screens into a new photo album I called "MY Before & Afters."

It didn't matter if some of the "after" photos were borrowed, that was a technicality I'd correct later...fake it till you make it, right?

There is a reason that saying is so famous. 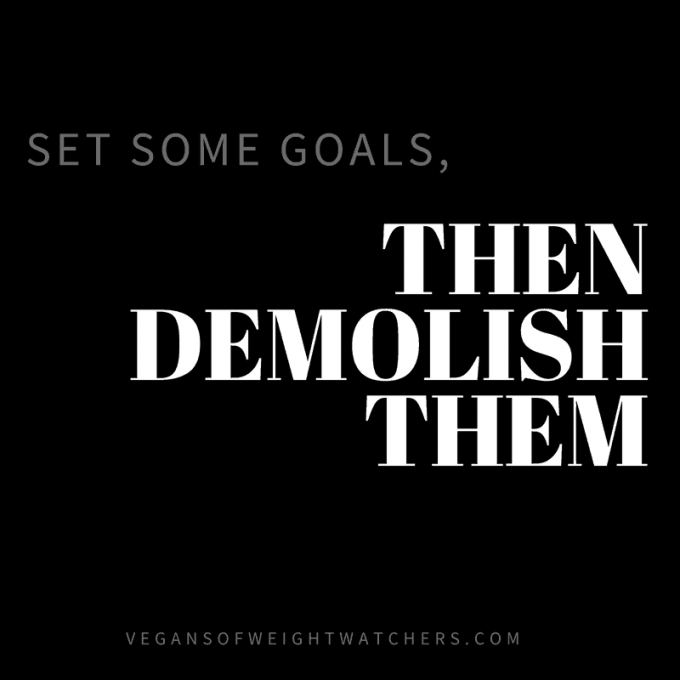 Fake it Till You Make It

My plan was simple... to brainwash myself into believing I WAS the girl in the "After" photos.

To flood my brain with so many images of the "New Me" I’d forget the me I was now.

And most importantly, I'd destroy that deadly voice of doubt living inside my head telling me I couldn't do it.

My first weigh-in I was like a kid on Christmas, still am actually. I woke up and with a grin from ear to ear.

There I was, butt naked excited and terrified all at once.  It was go time.

I stepped on and off that scale four times before I believed what I saw.

I'm pretty sure I screamed YESSSS!!!!!

But before my feet even left the scale, that voice of doubt diminished my achievement... it said, "it's just water weight."

But then, in the smallest corner of my brain, WAAAAAAY back there, I heard a voice.

It was the NEW me.

She interrupted, snapped her fingers in an ever so sassy way and said "it may be water weight, but it's still weight you don't need to be carrying!"

She was right! So I stood up tall, jutted out my hip like a model on the end of the runway, patted myself on the back (literally) and allowed myself to feel like a total badass.

I'm tearing up writing about it. 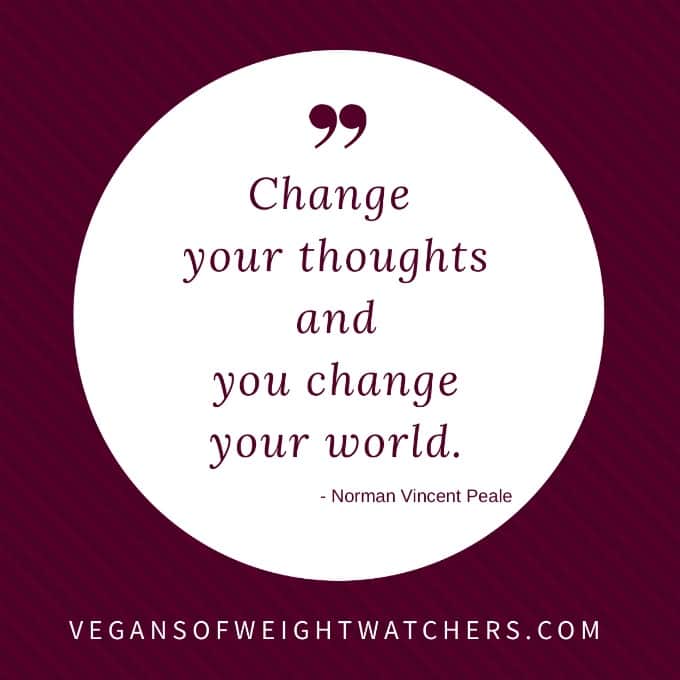 The Power of Belief In Action

And in those five days I'd achieved something I never would have thought possible: I'd started to take power over my food addiction.

It was that exact moment, still naked in the bathroom staring at the scale in disbelief where the shift happened.

I could physically feel it.

My scalp tightened, my hair raised, my face was flushed and my heart raced.

I could feel my adrenaline flowing down my entire body.

I'd flipped the switch.

I started to believe I WAS that "New Me" in the photo album.

That morning I drove to work armed for battle. I had my shield of awesome and a plan of attack to set myself up for success.

I thought about my work habits over the weekend—I'm always taking one more call, sending one more email.

So to set myself up for success, and keep from falling into old habits, I put appointments in my calendar every three hours to remove myself from my desk for five minutes.

For those five minutes I sat in the stairwell, laser focused on my next task: Do nothing but scroll through that "MY Before & Afters" album.

As a bonus when I went to the restroom, guess what I did?

Yup, scrolled through that album.

On my lunch break all I did was research points and perfect my strategy to make the program work with my binge eating behaviors, lack of exercise routine, and "junk food vegan" diet... and I scrolled through the album. 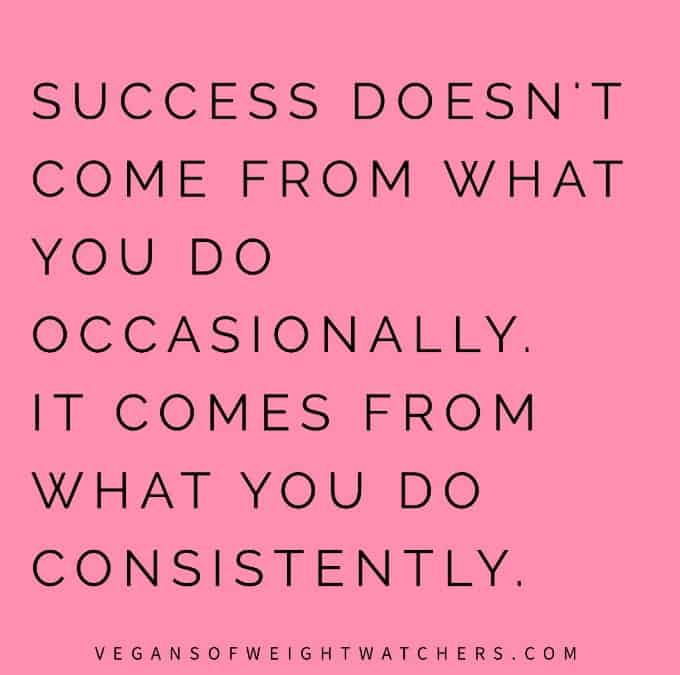 Next up: "Breaking the Binge" Chapter 3: Delete the Head Trash

Breaking Binge Chapter 1: One Size Does Not Fit All

Join me on my mission to Support, Motivate, and Inspire others by sharing my lifelong struggle with food addiction, and teaching my techniques to help those with similar stories achieve their weight loss goals. 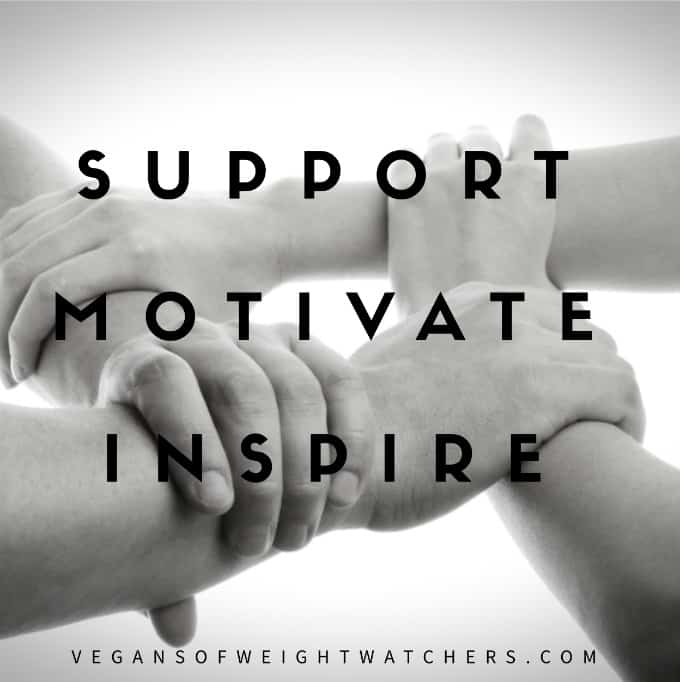 Maintaining an 80 lb weight loss and teaching others to do the same!

Vegans of Weight Watchers ...Changing the World One Point at a Time! 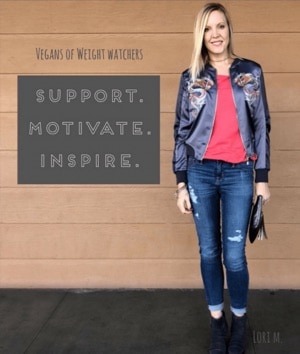