Rod recently shared with me this article on How Drinking Diet Soda Increases the Risk of Type 2 Diabetes. 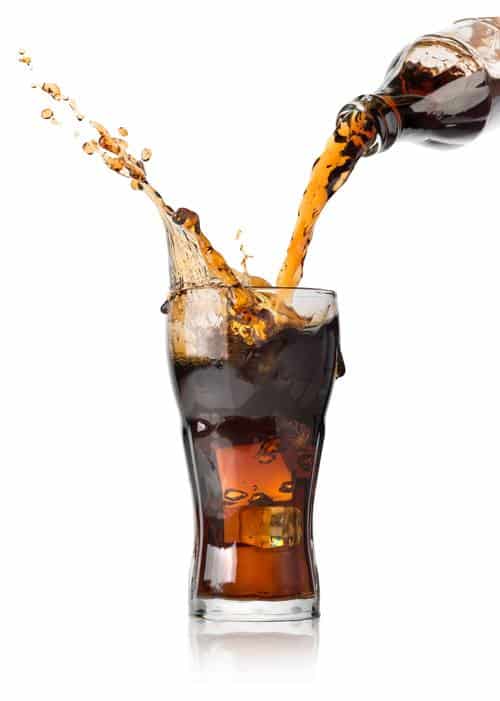 I don't know many diet soda drinkers who limit themselves to 12 or even 20 ounces a week, do you? Most that I know (including myself up until a few years ago) drink more than that everyday!

Of course, I've learned to take all nutritional research with a grain of salt since for every study claiming one thing, there's another proving the exact opposite. And I've been duped by the research more than once. Remember when the experts told us that eggs would increase our cholesterol? That margarine was better for us than butter? That a low fat diet would make us slim?

I still read the research, but tend to use my instincts, inner wisdom, and personal experiences when it comes to making decisions and taking action about what to eat and drink.

Reading this article made me so grateful that I kicked the diet soda habit a few years back, mostly because it mirrors much of what I discovered on my own, by paying attention to my body and its signals. (And I love when the research proves me right!) 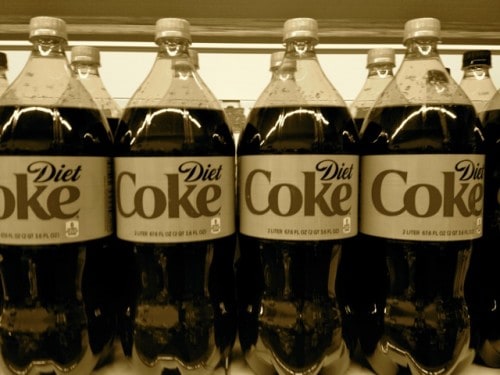 Why did I stop drinking diet soda and using artificial sweeteners?

Here are the top 4 Reasons:

1. Taste. Through the years I've become a bit of a food snob. Being picky is one of the ways I'm able to be satisfied with less. I decided that I deserve to eat and drink only what I think tastes really good and is worth the calories. Even after years of drinking the stuff, I realized that to me, diet soda tastes terrible. The more I started paying attention, the more I discovered all kinds of foods and drinks that I had been gobbling down without realizing I didn't really like them that much. It's much easier to give something up when you realize you don't even really like it!

If I want something sweet and bubbly, I much prefer sparkling water with a splash of cranberry juice -or even sometimes a splash of real coke.

2. Diet coke makes me hungry. Yes, it's true. I made this discovery several years ago while living in Wisconsin. One day I realized that about 30 minutes after drinking a diet coke I was ravenous and feeling out of control as I raided the cupboards looking for something sweet. It wasn't the first time. I had identified a pattern - Drink diet soda, then feel really really hungry. Who needs that? Not me. Since I've given up diet drinks I have a lot fewer cravings.

3. Splenda gives me a headache. When Splenda first began appearing in diet beverages I decided to give it a try. At a Weight Watchers meeting I attended another member spoke enthusiastically about a tasty grapefruit tasting diet drink that sounded yummy to me. So, I got a couple of bottles and began having a glass or 2 every afternoon. After a few days, I began experiencing terrible headaches in the late afternoon, similar to what I get when I am experiencing caffeine withdrawal.

The only thing that I could think of that was different in my routine was the diet drink, so I stopped drinking it and threw away what was left. Voila, the headaches went away! So I swore off Splenda. I thought, "If it's powerful enough to give me a headache, what else might it be doing to me?"

4. I deserve real food. I'm natural and real (mostly). I deserve real. I made this connection reading The Slow Down Diet: Eating for Pleasure, Energy, and Weight Loss by Marc David, who compared eating and drinking artificial, low quality, nonfat, fake foods to sleeping with a guy you really don't want to be with, but who happens to be available, so you settle for something less than you really want.

I am not the kind of girl who would ever sleep with a guy I didn't really want, so why should I be willing to settle for foods I don't really want? Why shouldn't I give myself what I truly desire?

It's funny because when I ate and drank lots of diet soda and artificially sweetened stuff, I struggled with my weight. Now that I continue to transition to more REAL food and avoid the FAKE stuff, I'm slimmer than I've ever been!

Coincidence? Maybe. But I don't think so.

Where do you stand on diet soda and artificial sweeteners?

2/17/13 Update: Here's a link to great article from Dr. Mark Hyman entitled "How Diet Soda Makes You Fat" that appeared in my inbox this morning. (Talk about a coincidence!) It talks about how artificial sweeteners increase cravings, weight gain, and type 2 diabetes. And are addictive.

The first comment, from Sheryl, was a real eye-opener too. She explained that she ate a fairly healthy diet, except for an evening habit of 2-3 diet sodas. She switched out the diet coke for regular, explaining that she knew she should be drinking water instead. Without making any other changes to her eating habits or exercise, she lost weight! 10 pounds in the first 2 weeks and 40 pounds over 6 months. She claims that she isn't hungry any more and is satisfied with less food and was so concerned that something was wrong, she went to the doctor and had extensive blood work done. Her results were better than ever!

Reading this caused me to feel both amazed and sad. Imagine losing 40 pounds while doing exactly the opposite of what the diet industry is telling you to do - drinking regular soda instead of diet!

Oh, and I forgot to mention the woman I met several years ago who worked in a soda bottling plant. She said she had decided to give up diet soda when she observed that the diet soda bottling equipment broke down and required extensive repairs much more frequently than the regular soda bottling equipment. She told me, "I thought, if the stuff is having such a negative effect on machinery, what is it doing to me?"

I meet so many people trying to lose weight who are filling themselves up with artificial sweeteners believing they are doing the right thing to support their efforts. When in fact, the research shows they are only exacerbating their problem. How sad is that?

I encourage anyone using artificial sweeteners while trying to lose weight to experiment with themselves to see what is true for them. Give them up for a week or a month and see what happens for yourself. It's the only way to know for certain whether you are helping or harming yourself!