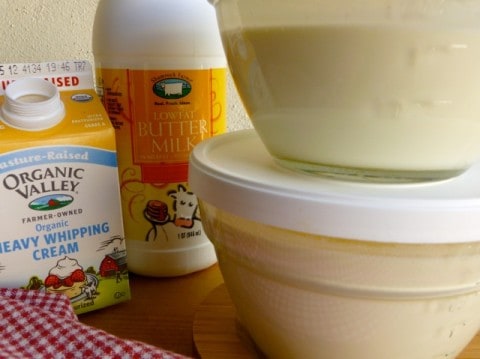 This month's  Recipe Redux's  "Fermented Foods" challenge has left me feeling like a schoolgirl who waited too long to begin her final science project!

Note to self: Making fermented foods takes time so waiting until the last minute is NOT a good idea! The truth is that I didn't even get around to checking out this month's topic until a few days ago, which left very few options.

I first thought I'd give sourdough bread a try, but decided making a starter from scratch was way beyond my comfort zone and getting one delivered would take too much time.

That left me with two viable options: yogurt and creme fraiche. Since I've tried yogurt in the past with limited success, I opted to go with creme fraiche, a simple recipe that has never failed me. The only thing left was to come up with a way to lighten it up. That's where Martha Stewart's Enlightened Creme Fraiche recipe comes to the rescue.

What Is Creme Fraiche Exactly?

Originating in France, creme fraiche is essentially, cultured cream. Made by adding bacteria culture to cream, it's like sour cream, but richer and less sour. The same process that turns milk into yogurt, lactic acid fermentation, turns cream into creme fraiche. And since its made from cream, of course, it's a lot higher in fat!

You can use creme fraiche as a substitute for yogurt, sour cream, and even mayonnaise in most recipes. I first learned about it when working for a francophile friend who ran a little restaurant in Phoenix and offered culinary tours to Paris.

It’s super easy to make. All you need to do is add 1 tablespoon of cultured buttermilk to 1 cup of cream and let it sit in a cool room until very thick, up to 24 hours. It will then keep in the refrigerator for several weeks.

How Can You Lighten Up Creme Fraiche?

I had never really thought about making a lighter version of creme fraiche, until a few days ago when this post deadline was looming before me. A quick google search brought me this recipe for Enlightened Creme Fraiche on the Martha Stewart website. I quickly decided to give it a go and since I had plenty of cream and buttermilk, make a batch of each... 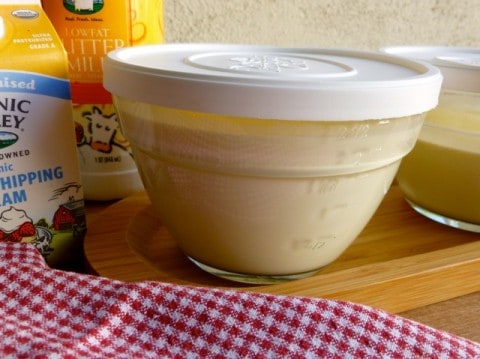 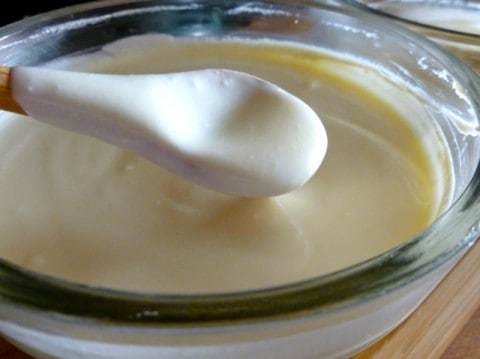 And here they are side by side... 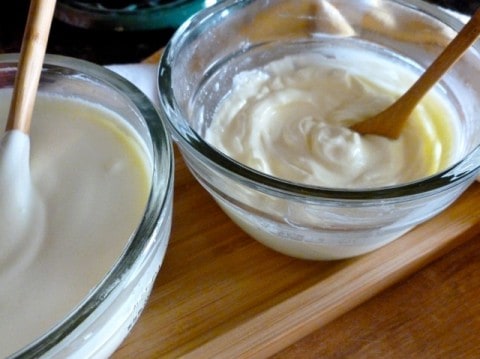 While the "enlightened" version isn't nearly as rich, it is still delicious and with 40% fewer calories and fat than the classic. I enjoyed it this morning on top of a bowl of strawberries and stirred into a little egg salad... 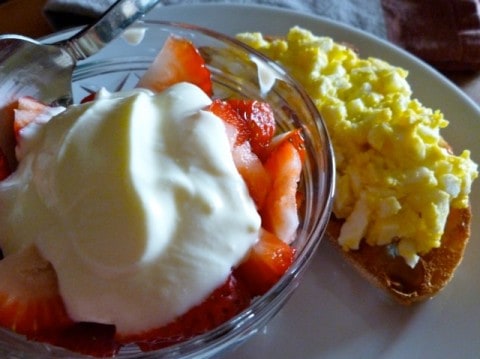 Other Great Ways to Use Creme Fraaiche (Enlightened or Otherwise): 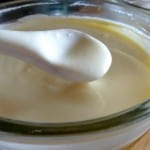 If you want to learn more about fermented foods here's a great article called Preserving the Plenty: The Beauty of Fermented Foods from Saveur. 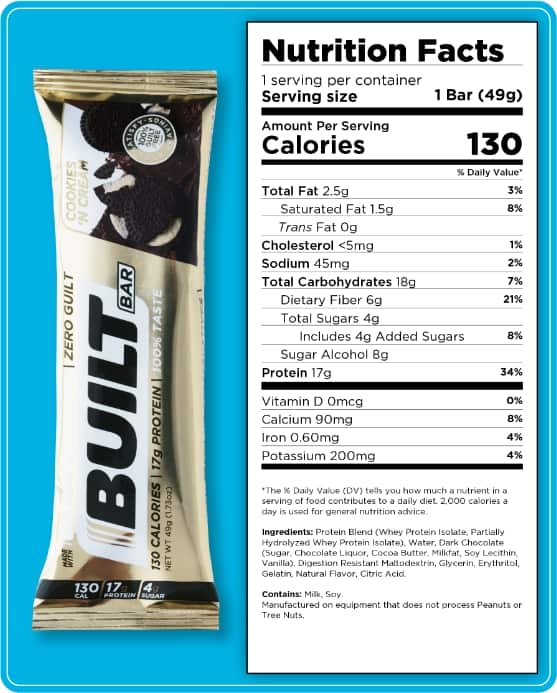