Sharing your journey to becoming a Weight Watchers Lifetime Member.

And your "before" picture, since no weight loss story is really complete without "before" and "after" pictures.

As an extreme introvert, this isn't easy for me.

So, I thought it would be good practice to share it here safe from behind my computer screen before standing in front of a live audience. 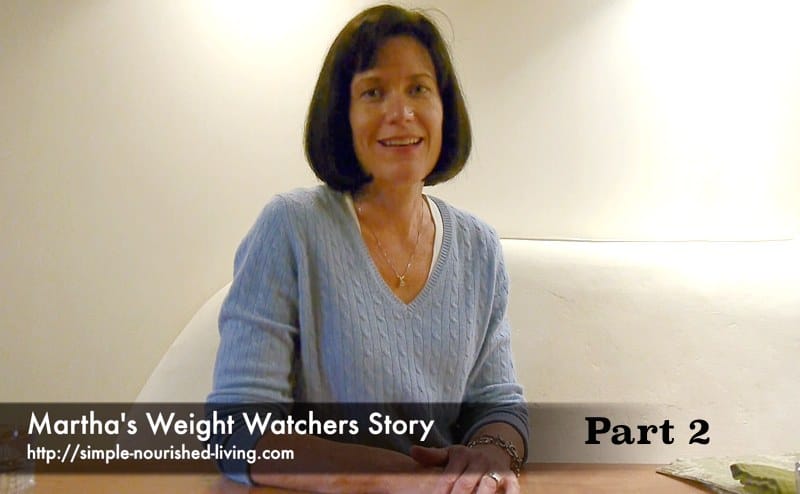 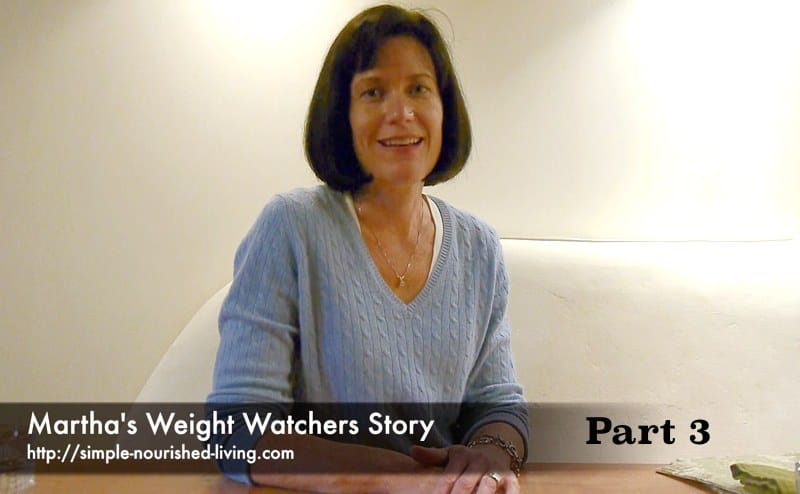 My Journey to Weight Watchers Lifetime Member - The Early Years

My weight loss struggles began as a child. I don't ever remember being skinny or normal-sized, though I know I was and there are pictures to prove it.

By the time I was 9-years-old I was overweight. It was horrible. I was sad and lonely. Kids made fun of me. My sister, who was 2 years younger, cute, outgoing and popular, made fun of me.

I hated not being able to wear the same cute clothes other girls my age wore. I hated recess and gym class, where I was always selected last or nearly last when choosing teams.

Dad often referred to me as his "husky" daughter, a term that still causes me to flinch when I think back on it.

Looking at this picture makes me wish I could be transported back in time... 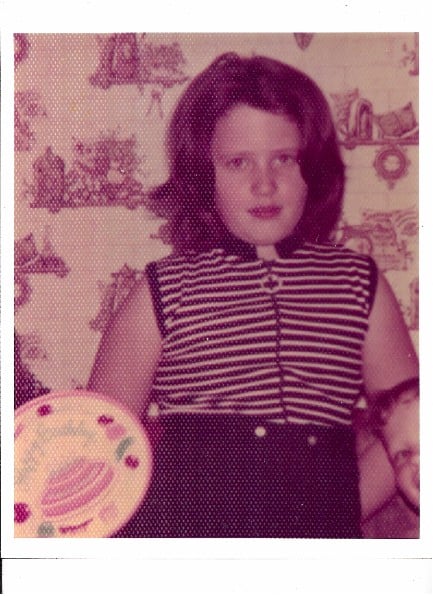 Martha as a Chubby Child

So I could tell my sad, shy self, "It's all going to be okay. It's going to take some time, but you're going to figure out how to take care of yourself, love yourself and nourish yourself."

My struggles with weight began early. I was raised by an emotional eater who taught me to use food as comfort. Food - lots of it - was always on center stage. Most of it was fattening - pasta, pizza, cookies, chips, ice cream, brownies, donuts, burgers, and candy.

I went on my first diet the summer I was 13-years-old. I  lost several pounds and promptly gained it back during the following school year. The next 15 years were spent yo-yo dieting. I'd lose a few pounds on the diet-of-the-moment and then gain them back.

By the time I finally decided to join Weight Watchers, I was living in California far from family and friends. My husband at the time traveled extensively. I hated my job, had few friends, was lonely and took solace in food and wine.

My exercise routine consisted of strolling the dog around the block and then plopping down on the sofa with a Haagen Dazs ice cream bar as a reward. 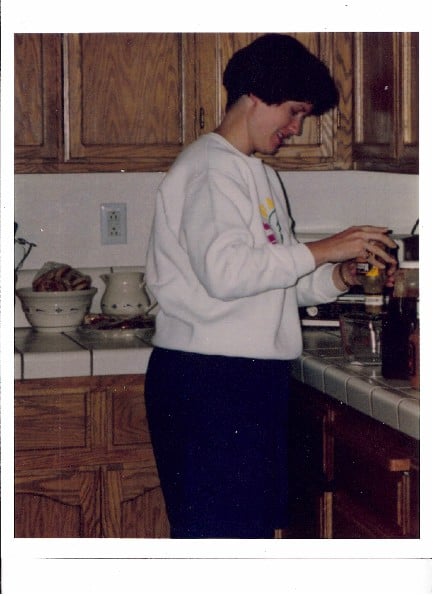 Before Losing 30 Pounds on Weight Watchers 20+ Years Ago

My clothes were bursting at the seams. I was sick and tired of being sick and tired and of stuffing myself into my ever-shrinking wardrobe. Vanity and frugality prevented me from buying bigger clothes.

When we went home for the 1991/1992 holidays, I ran into an old friend who had lost weight and looked stunning. I asked what she had done and she said "Weight Watchers."

I had heard of Weight Watchers but it was my first real encounter with a Weight Watchers Lifetime member.  My mother and grandmother had attended WW meetings for a while back in the 1970s, but the only things I seemed to recall were a scale for weighing food and the mixing of powdered skim milk.

That was the extent of my Weight Watchers knowledge, but it didn't matter. I hated the way I felt and was ready to take action.

As soon as I got back to California that January, I signed up with Weight Watchers. During the next 10 months I took off 30 pounds and then went through the process of becoming a Lifetime Member by staying within 2 pounds of my goal weight for 6 consecutive weigh-ins.

Of course, at 28, after successfully losing the weight, I thought I had the "weight" thing all figured out, so gradually stopped attending meetings. I still had the "diet" mindset.

Related: It Took Me a While to Appreciate and Embrace the Gift of Weight Watchers Lifetime Membership!

Slowly some of the weight crept back on and I would return to Weight Watchers 3 more times during the next 20 years, before it finally sunk into my rather dense head, that paying attention to what and how much I ate were part of a healthy lifestyle that I would need to commit to forever. Getting to your goal weight is not a license to overindulge with reckless abandon!

It's nice to have a little buffer as I move into menopause. 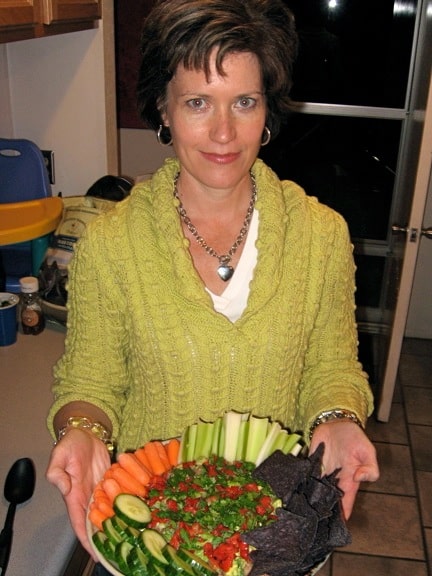 Me at my goal weight

I finally learned that it's a heck of a lot easier to self correct when you're 2 or 3 pounds over your goal, rather than 15 or 20. And that's what keeps me coming back. That and all the support, encouragement and great information I get from attending meetings.

More than twenty years later, I can barely recall the young woman who walked into that first Weight Watchers meeting. I'm happy with what I've accomplished to become and stay slim and healthy.

At 50 I feel better than I've ever felt. I'm living a healthy balanced lifestyle that is free of deprivation. I can eat whatever I want - pizza, chocolate, wine, ice cream - provided I do it in moderation. At long last, I've found food freedom.

The best part is that you don't have to do the Weight Watchers program perfectly to be successful. I'm living proof.  If I can do it; anyone can do it.

I think the new Weight Watchers Beyond the Scale Program is their best yet. I love that it goes further to address that lasting weight loss is about more than the food you eat.

It's about addressing the whole you - body, mind and soul.