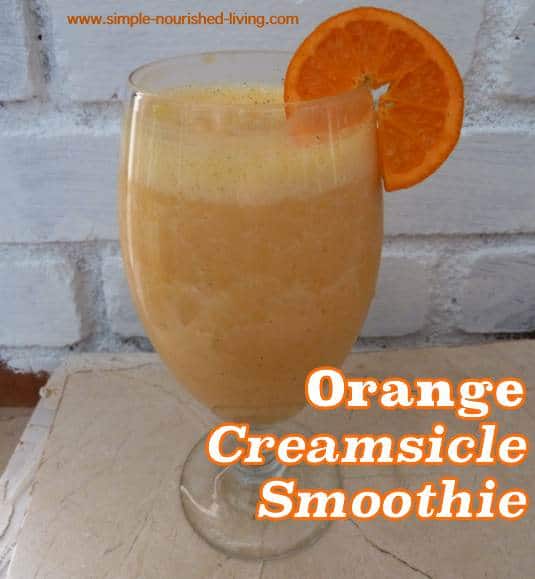 It's been at least twenty years (probably more though) since I've enjoyed the taste of a Creamsicle® - but I loved them as a kid.

So, with a bunch of a clementines sitting on the counter and begging to be eaten, I decided to try and create my very own orange creamsicle smoothie recipe.

I figured it couldn't be too difficult and it wasn't, but I am not sure I got the flavor I wanted, but it came really close.

I started off peeling 4 clementines (a cross between a sweet orange and a mandarin orange) and putting them into my Vitamix (affiliate link).

Then I added some unsweetened almond milk and plain Greek yogurt. I believe that if I used vanilla yogurt my smoothie may have been truer in taste to the Creamsicle's I remember - but I prefer plain yogurt and didn't want to make a special trip to the store.

I found an old ½ vanilla bean in my pantry, so I cut that open and scraped out as many beans as I could - but it was rather dry. So I also added in some vanilla extract.

Next I added some ice and blended away until it was all smooth. After my first taste, I realized it wasn't quite sweet enough (or vanilla-y enough), so I added in some honey and a little more vanilla extract and blended it again.

This time, the taste of my newly created clementine creamsicle smoothie was much closer to the real thing.

I may pick up some small containers of low-fat vanilla yogurt and/or nonfat vanilla frozen yogurt and keep trying, but for now I've satisfied my Creamsicle® craving.

The Original Creamsicle® - Did You Know? 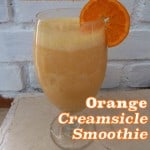 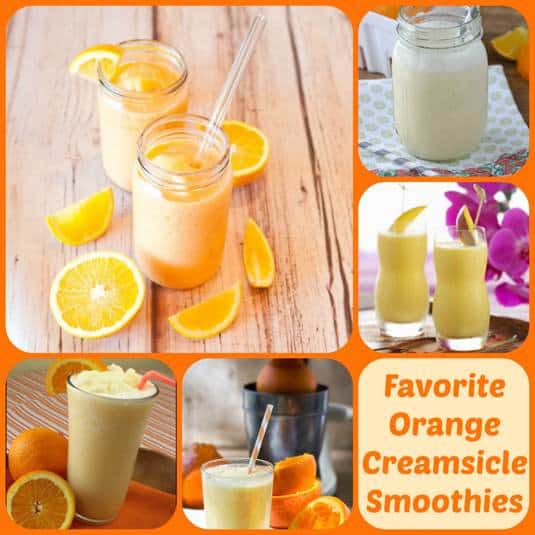 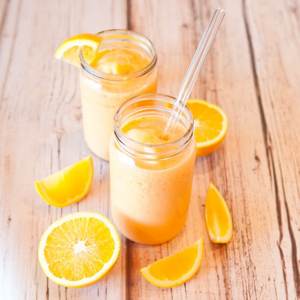 Orange Pushup Smoothie from Averie Cooks
This throwback smoothie recipe will take you right back to eating an orange pushup on a hot summer day or maybe even back to Orange Julius. Averie uses slightly thawed frozen orange juice concentrate, milk, sugar or substitute, vanilla extract and ice. Be sure to click through to get her recipe and directions. 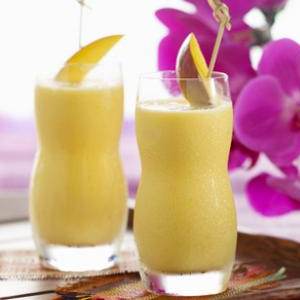 Creamsicle Breakfast Smoothie from Eating Well
This recipe uses pure coconut water, Greek yogurt, mango chunks and frozen oj concentrate. I'll bet the mango makes the texture nice and creamy - will have to try that myself next time. 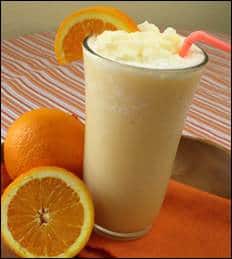 Orange Dreamsicle Smoothie from Hungry Girl
Hungry Girl's secret ingredient is fat-free nondairy powdered creamer and this frozen fruit smoothie comes in at only 4 Points Plus. 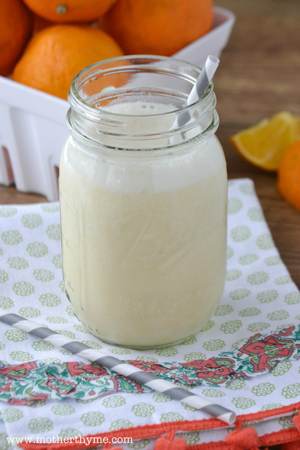 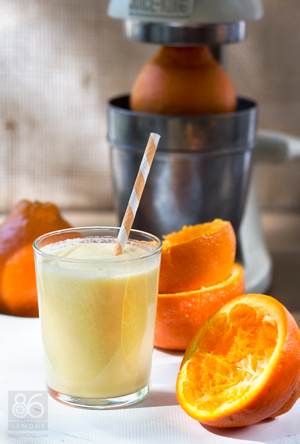 Vegan and Gluten-Free Creamsicle Smoothie from 86 Lemons
Livvy mentions that she intended to make popsicles from this recipe, but she just couldn't resist drinking it right from the blender (affiliate link).