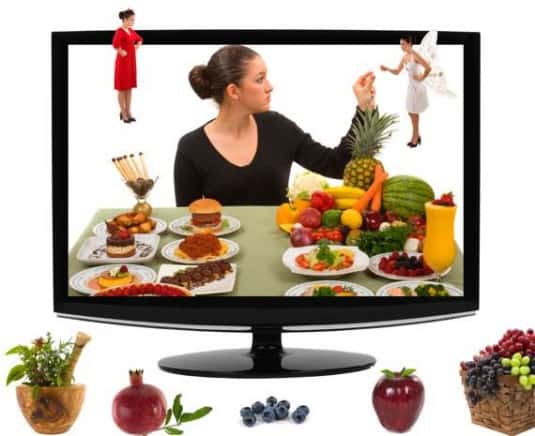 Do you suffer from food cravings? Join the club! I've begun to think they're part of the human condition, at least for the humans I tend to hang around with, which includes lots of Weight Watchers members.

I love when I stumble across articles like this one yesterday by Melinda Beck in the WSJ that shed a lot of light on the latest research regarding food cravings. Here's a summary I hope to remember to refer to when my cravings act up.

My Summary of "How to Fend Off a Food Craving"

Scientists are doing a lot of research to better understand our food cravings, especially in light of our growing obesity epidemic.

Here's what they have discovered about cravings so far:

Researchers have long suspected that food cravings were the body's way of trying to correct nutritional deficiencies, but the latest research doesn't substantiate this. If that were the case, why wouldn't we crave the most nutrition rich food, like spinach and other leafy greens?

Studies show that food cravings aren't just a physical phenomenon, but rather a complex mix of social, cultural and psychological factors, influenced by environmental cures. One recent study confirmed that the food most craved by North Americans is chocolate, but Japanese women are more likely to crave sushi. Many languages don't even have a word for "craving" which suggests, it's not a universal problem.

US women report that their chocolate cravings peak around the onset of their monthly period, but researchers haven't been able to find a correlation between food cravings and hormone levels and after menopause there doesn't appear to be a drop in chocolate cravings. Some psychologists believe women are self medicating to get the feel-good serotonin lift from eating sweets and other carbohydrates at this time of the month.

Deprivation isn't the answer. The more study participants tried to restrict cravings the worse the cravings became. (This has certainly been my experience. That's why I never say I 'can't have anything. I'm always telling myself I can have whatever I want.)

Sensory memory of food cravings activate the same parts of the brain that drug and alcohol cravings do.

Indulging in cravings too often seems to send them spiraling out of control because to prevent overload, many of your dopamine receptors shut down, which results in the need to eat a lot more of the substance to get the same feeling/reward

What is the Best Way to Curb Food Cravings?

According the the article, food restriction only makes matters worse. It appears that learning to embrace and control your cravings works better. One study found that those eating chocolate only in the middle, or at the end of a meal, were more successful at giving it up than those who ate it on an empty stomach.

Exercise can help cut cravings too. Women who walked briskly for 45 minutes were much less affected by food images than those who didn't. (Could it be those 'feel good' chemicals that get released during exercise?)

Other distracting behaviors, such as chewing gum, smelling jasmine, or keeping yourself busy, also help.

You can also weaken your cravings by working to delay indulging in what you're craving. Studies show that the longer you can delay giving into your cravings, the weaker they will get!  (This is something I've been trying to practice recently and it seems to really help. These days when I get a craving for a specific food, I tell myself I can have it later, after dinner for example, if I still want it; but often it passes and I forget 🙂 So, my plan is to continue practicing this delay/distraction technique to loosen the hold they have on me.)