Home Cooking. It's the best way for cooking healthy, getting healthy and losing weight (in my humble opinion.) The good news is that I'm in good company! 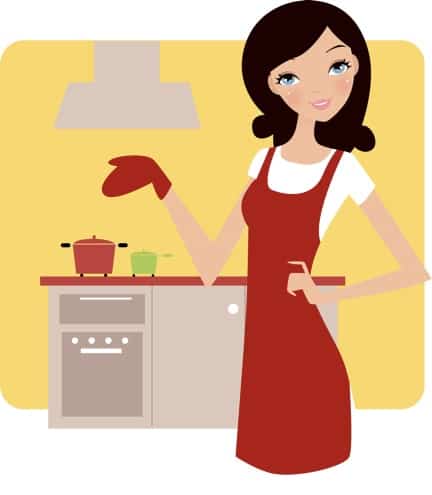 Michael Pollan wrote an interesting article for New York Times Magazine recently, called Out of the Kitchen onto the Couch, in which he explores the paradox between the rise in popularity of The Food Network and stature of cooking icons such as Mario Batali, Emeril Lagasse, Julia Child, and Martha Stewart with the decline of everyday home cooking. "Today the average American spends a mere 27 minutes a day on food preparation (another four minutes cleaning up)."

His discussion of what the decline of everyday home cooking has meant to our health and waistlines was even more compelling...

"Consider some recent research on the links between cooking and dietary health. A 2003 study by a group of Harvard economists led by David Cutler found that the rise of food preparation outside the home could explain most of the increase in obesity in America."

"Cutler and his colleagues demonstrate that as the "time cost" of food preparation has fallen, calorie consumption has gone up, particularly consumption of the sort of snack and convenience foods that are typically cooked outside the home. They found that when we don't have to cook meals, we eat more of them: as the amount of time Americans spend cooking has dropped by about half, the number of meals Americans eat in a day has climbed; since 1977, we've added approximately half a meal to our daily intake."

"Cutler and his colleagues also surveyed cooking patterns across several cultures and found that obesity rates are inversely correlated with the amount of time spent on food preparation. The more time a nation devotes to food preparation at home, the lower its rate of obesity. In fact, the amount of time spent cooking predicts obesity rates more reliably than female participation in the labor force or income. Other research supports the idea that cooking is a better predictor of a healthful diet than social class: a 1992 study in The Journal of the American Dietetic Association found that poor women who routinely cooked were more likely to eat a more healthful diet than well-to-do women who did not."

Pollan goes on to ask if we are past the point of no return when it comes to home cooking, "The question is, Can we ever put the genie back into the bottle? Once it has been destroyed, can a culture of everyday cooking be rebuilt? One in which men share equally in the work? One in which the cooking shows on television once again teach people how to cook from scratch and, as Julia Child once did, actually empower them to do it?"

Many Americans have abdicated responsibilty for nourishing themselves with deleterious results. But have we reached the point of no return?  I don't think so. A return to simple everyday home cooking has too many benefits to offer—improved health, lost weight, and saved money—to name a few.

Cooking allows you the opportunity to slow down and connect with the food you are eating in a way that isn't possible with restaurant and convenience food.  In the kitchen you are in charge of what goes into your food and what stays out of it.  In addition to being healthier, home cooking is much less expensive than prepared food; an important consideration these days.

One of my secrets for making home cooking easy, is the slow cooker. Even if you don't cook much you can slow cook successfully!

Are you ready to step back into the kitchen to improve your health and/or lose weight?  If so, I would love to hear about your experiences with everyday home cooking and its effects on your health and weight.

« How Long is Hamburger Meat Good For?
How to Boil Corn on the Cob »